Out Every Night: The Best Shows From July 30 to August 5 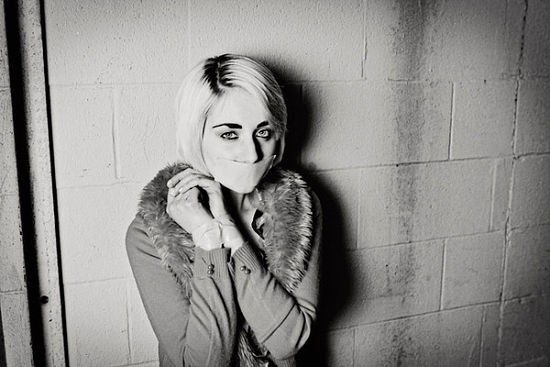 Time constraints occasionally preclude us from being able to preview every single great show in town. There's only so many hours in the week, and we have to keep the trains running on time in addition to writing up these recommendational blurbs. That said, a couple of shows early this week warrant your attention, despite our lack of paragraphs on the subject.

Tonight (Monday) heavyweight hardcore veterans Bane and Terror both play the Firebird. If our pick below of Kasey Anderson isn't your thing, maybe the Firebird is the place for you. In addition, on Tuesday night former Playaz Circle up-and-comer 2 Chainz is playing the Peabody Opera House with Nicki Minaj; consider it an alternate for the night if Jessica Lea Mayfield isn't your thing. The rest of our picks follow.

Kasey Anderson Mon., 8:00 p.m. July 30 @ Off Broadway - $10-$13 By Roy Kasten You wouldn't guess it from his hard-luck themes or dead-end vocal scratch, but things are looking up for Kasey Anderson. The Seattleite recently caught the ear of the Counting Crows, who recorded his song "Like Teenage Gravity" and took him and his band the Honkies on tour. It's the kind of break Anderson's precise, determined songs richly deserve. Like his most immediate influences, Steve Earle and Paul Westerberg, he writes songs that stand up to spare voice and guitar treatment, but they always feel most alive backed by a great rock & roll band. Last Time: Anderson the Honkies appeared at Twangfest 16, opening for Langhorne Slim and Ha Ha Tonka. A lesser performer might have flinched; by the end he had the sold-out room right where he wanted it.

Jessica Lea Mayfield Tues., 8:00 p.m. July 31 @ The Firebird - $12 By Christian Schaeffer It's the curse of the young artist to stay forever in the shadow of an older, wiser, more famous benefactor. And while it's true that Jessica Lea Mayfield has benefitted from the production know-how and collateral fame of Black Keys' singer Dan Auerbach, Mayfield's songs need little studio trickery or big-name bona fides to stand on their own. Last year's Tell Me was full of such songs, like with gentle melodic sway at the core of "Our Hearts Are Wrong," a song that can draw you close and unsettle you with the same force. Middle of Everywhere: Thank her Kent, Ohio, upbringing -- Mayfield's sound shows traces of America's finest musical exports, from acoustic blues to raw, muddy rock & roll.

Anodes Wed., 8:00 p.m. August 1 w/ Football Etc. @ Lemp Neighborhood Arts Center - $5 By Joseph Hess Anodes pulls from the rosters of Orion Pax and Iron Hills, two groups that played a vital role in the St. Louis post-hardcore scene throughout 2011. Orion Pax was a trio that spit a thunderous sound, with a thick wall of guitars rolling above booming albeit jazzy drumming. Vocalist and guitarist A.J. Hofstetter led Orion Pax with blistering energy, using his bleeding-throat screaming and vicious style of guitar scraping to leave a messy fingerprint on the brains of many show-goers. Hofstetter reprises his role in Anodes, a band that combines the maddening pace of Orion Pax songs with the driving rhythm and familiar melody of early emo music. Drummer Casey Oliver, also a former member of Orion Pax, lends a level of precision and intricacy to Anodes with pinpoint percussion. Guitarist Sean Survant hails from the sludge group Iron Hills and makes good use of his dense guitar style in Anodes.

The Black Angels Thurs., 8:00 p.m. August 2 w/ The Night Beats @ Old Rock House - $16-$18 By James Weber Post-disco-dance-punk and '80s-revival electro is everywhere and lame. Cheap gags such as skittering hi-hats and absurd lighting rigs (as well as even more absurd costumes) abound. And while the fact is that it's no small thing to coax genuine dancing from a St. Louis rock audience, the Black Angels seem to have found the secret. The band drones and sways and buzzes like the thousand other Velvet Underground apostles, but in the process conjures up a serious opium-den ritual vibe. (Honest-to-God, it seems like Nico herself might fade into existence and grind up against you to the narcotic thud-thud-thud of the tom.) Heady praise to be sure, but the alarming lack of prurience in the indie-rock realm terrifies.

Janiva Magness Fri., 8:00 p.m. August 3 @ Old Rock House - $13-$15 By Roy Kasten One of the most decorated singers in blues, Janiva Magness wouldn't know how to pull a punch if the song were reeling on the ropes before her. Across her latest album, Stronger For It, she goes twelve rounds with her own material and tunes from songwriters only barely grazed by the blues -- Matthew Sweet, Buddy Miller, Shelby Lynne, Gladys Knight -- and draws blood every time. The power of her voice -- deeply influenced by the gospel moan of Mavis Staples -- is inexhaustible. She's a force of nature, as the cliché goes, but when she let's loose on Tom Waits' "Make It Rain" that force becomes supernatural. Noteworthy: Along with Koko Taylor, Magness is only the second woman to be named the B.B. King Entertainer of the Year by the Memphis-based Blues Foundation.

Taste the Waste: A Tribute to Ween Fri., 8:00 p.m. August 3 w/ The Feed, Dock Ellis Band, Cree Rider Family Band, Picture day, Fattback, Sean Canan, False Moves @ Off Broadway - $10-$13 By Christian Schaeffer When Aaron Freeman, a.k.a. Gene Ween, decided to retire his nomme du rock and focus on his solo work, he ended his nearly 30-year partnership with Mickey Melchiondo (Dean Ween) and the bizarre, cultishly adored music they produced together. Members of several local bands have decided to throw Ween an Irish wake rather than a somber funeral for Taste the Waste: A Tribute to Ween. Disparate acts ranging from the Feed's keyboard-driven soul rock & roll, False Moves' dark-tinted pulses will take on the band's genre-blurring catalogue. This show also marks the first time that the members of Fattback have reconvened since the 2010 death of founding member Dave Hagerty, and since there would have been no Fattback without Ween's influence, it's a fitting cause for reunion. Piss Up a Rope: Here's hoping that our town's twang-loving bands make some hay with the 12 Golden Country Greats classics. Dock Ellis Band, we're looking in your direction.

Kishi Bashi Sat., 7:30 p.m. August 4 @ Off Broadway - $10/$12 By Ryan Wasoba When Of Montreal played an uncharacteristically intimate show on July 4, 2011 at the Luminary Center for the Arts, the band's auxiliary member Kishi Bashi was the evening's de facto tone-setter. Armed with a violin, Bashi unassumingly opened the concert with a brief set of elegant psych-folk tunes built from patterns looped on top of each other in a melodic dog-pile. By the end of the night, Bashi was hootenanny-ing around the room playing "Turkey In The Straw" and wearing a red white and blue leotard. And, not coincidentally, he had sold out of copies of his excellent Room For Dream EP. The Trifecta: While Kishi Bashi does not sound much like Andrew Bird or Owen Pallett, he has become the third notable artist to perform music with only a violin and a looping pedal.

Kentucky Knife Fight Sat., 8:00 p.m. August 4 w/ Tight Pants Syndrome, Royal Smokestacks @ Plush - $8 By Calvin Cox With a style that's been called everything from punk to alternative country, Kentucky Knife Fight's gritty blend of rock and blues may be best experienced live. The band's slick guitar riffs are often complemented by instrumentation like harmonicas, organs, banjos and fiddles. The frontman, Jason Holler, belts out the groups dark, edgy lyrics in a strained and raspy voice -- with just a hint of desperation. Recommended If You Like: The Black Crowes, the Replacements

Funky Butt Brass Band Sun., 4:00 p.m. August 5 @ Broadway Oyster Bar - $5 By Ryan Wasoba Although a sousaphone and a marching snare drum are part of the Funky Butt Brass Band experience, the local sextet is well versed in all things funk. Its razor-sharp horn section blasts out the sort of punchy stabs that have made thousands of white people dance to Tower of Power, while its unhinged rhythm section recalls the greasy funk that drips from fingers and collects in the gutters of New Orleans. But stellar musicianship and dedication to the craft aren't the band's only strengths -- more important, the act showcases the playful side missing from many uptight jazz enthusiasts. After all, it maintains enough of a sense of humor to put the word "butt" in its name.