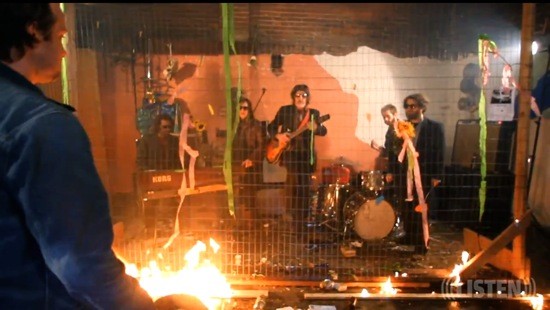 It's a truly bad day for St. Louis journalism -- the Post-Dispatch has laid off 23 employees, including editors Judith Evans, Steve Parker, Daivd Sheets and Tim Bross, three reporters, a web editor and the editorial cartoonist. This comes one day after Mary Junck, CEO of the paper's owner Lee Enterprises, got a stock bonus worth some $655,000 (it's dropped a bit in value today. Boo hoo).

And we're very sad to report that among those whose position is being eliminated is Johnny Andrews, a staff photographer known best in the St. Louis music community for his invaluable LISTEN video series.

Deeply saddened and shocked to hear of the #PDlayoffs. In photo, lost two of my favorite people today @LarryCoyne and @johnnyandrews74

The clips, which each profile a local band or artist by way of performance and interviews, have featured Bear Hive, Stickley & Canan, Volcanoes, Magic City (above), Bo & the Locomotive, Tef Poe, Erin Bode and plenty more. The series' next installment, with So Many Dynamos, is scheduled to appear in the coming days, and it will almost certainly be its last.

We wish Johnny, and the rest of the journalists who lost their jobs today, the very best.

A few of our favorite LISTEN videos are on the next page.