Dave Matthews Band Fans: It's Not Too Late For Something Better 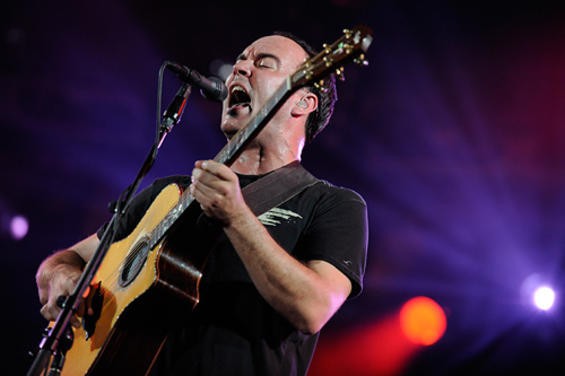 An open letter to the attendees of the Dave Matthews Band Concert (July 11, 2012):

I am sorry. On behalf of those who you would surely deem "music snobs", I am sorry that our actions or lack thereof may have contributed to you braving a scorching St. Louis summer night for yet another Dave Matthews Band concert. Please understand, I am not writing this to be mean-spirited. If I were, I would just be an accompanying voice in the loud chorus of musical blogs by writing 1,000 words about how much DMB sucks. I will not do that, nor will I point out that Dave Matthews has had more relevance as an actor than a musician over the past fifteen years. Also, I want to be fair and mention that I did not attend the concert, so I cannot comment on the patented way the band turns a four-minute song into something the length of a short film.

I know you are angry with me right now, couple who made out during the entirety of "Ants Marching." I am sure you have convinced yourselves that a nine-minute Boyd Tinsley fiddle solo justified your two-hour voyage through the vortex of hell known as the Verizon Amphitheater parking lot. I know you think the self-induced vertigo you suffered while spinning around with arms akimbo is a small price to pay to hear the sweetest version of "The Song That Jane Likes" you have heard out of all twenty of the DMB shows you have attended.

Now, before you lash back, you who still watches Friends re-runs, I understand and fully embrace nostalgia. I recognize the need to re-live and romanticize our twenties, and that to many, the Dave Matthews Band was an integral part of the soundtrack of that time in their lives. I just want to convey to you that there are other ways to recall those halcyon days. You probably have a shoebox of photographs (remember those?) you could shuffle through while listening to an unearthed mixtape featuring those unforgettable songs from Eve 6, Seven Mary Three, Fastball and Sister Hazel. You could call your college roommate you haven't spoken with in years. Plan a trip to your alma mater for a fall football game (note: this suggestion does not apply to Penn State alumni). There are more efficient and less expensive ways to remember your twenties than a twenty-minute rendition of "Proudest Monkey".

Maybe I am part of the problem. Maybe when I insist that you broaden your musical horizons with an outstanding band like the Black Keys, your instinct is to rebel like a teenager against a parental order. I, or people like me, say you must check out the new Blitzen Trapper, and you instead click play on Big Whiskey & the GrooGrux King as if to exact some kind of musical revenge on me (neglecting that your own ears are collateral damage). I will make you a deal, guy with closed eyes nodding along in rhythm to a meandering five-minute Tim Reynolds guitar solo: I will ease up on my admittedly-relentless "musical bullying" (as a friend recently called it), if you are willing to leave DMB in the past where he belongs and listen to an album by a band you have never heard of once a month. You may be surprised at what you hear.

Just please know there are options. I am here for you if you need me. And I am sorry.