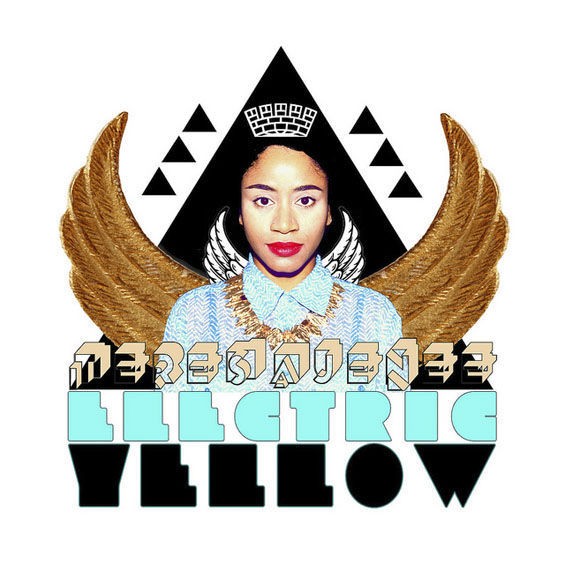 Ed. Teresajenee's new project, Electric Yellow, had its official release last week. She will play next Wednesday, July 18, as part of the Missouri Botanical Garden's Whitaker Music Festival. Admission to the gardens is free after 5 p.m. and the concert will start at 7:30.

Near the end of "Hi America," the second track on Teresajenee's new album Electric Yellow, she breaks into a bit of spoken word: "I know, I know -- I'm not a rapper, I'm a singer." It could be called an identity crisis if it sounded like she were worried about fitting neatly into a genre straightjacket -- on this fine collection, it's clear that she cares little about where here music fits in. She may not be a rapper, but she raps capably on "Hi America" and elsewhere -- the clubby "Discotrap" finds TJ channeling both M.I.A. and Missy Elliott. As a singer, she's clear, strong and evocative without approaching diva levels of self-love or showboating. Her subtle but strong approach is matched by the song's backing tracks, which favor amorphous bursts of synthetic strings and thin, accented drum machine patterns. She works well within this slightly limited palette, but the album never wears out one idea or sound even over fifteen tracks.

Ambition isn't a problem for TJ, but her vision of success is, at times, countercultural. Opening cut "Caviar Dream" toys with the quest for wealth and fame and settles for artistic independence. Still, she recognizes that a little Champagne would be nice. The album's sole cover is a minimalist remake of Des'ree's "Kissing U," which filmgoers and freshman English students will recall from the party scene in Baz Luhrmann's Leo-and-Claire version of Romeo + Juliet. And appropriately enough, she follows it with "Romeo + Juliet," a Prince-worthy uptown dance track in which she shakes her fist at fate and joyfully proclaims, "I'll defy the stars for you." It's a highlight on an album that is low on fat or fluff and long on sustained cool and effortless grace.