The Six Best Songs About Cats 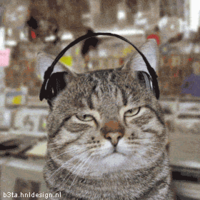 When discussing animals in song, it is important to distinguish between a track that uses an animal as a metaphor - for freedom or wildness, usually - and a song that is actually about an animal. We will be exploring the latter in this month's animal-style Nitpick Six series. Here are the six best songs about cats. Let us know your favorite kitty tunes, and unlike an overflowing shelter, we won't kill your comment if it shows up on our doorstep without proper identification.

6. Primus - "Tommy The Cat" "Tommy The Cat" is not a perfect song, but it's perfect for Primus. The cartoonish subject matter is an ideal match for Les Claypool's narration - think Boomhauer from King Of The Hill speaking legibly through a CB radio. The "Tommy" protagonist always reminds me of a copyright-free Felix, which makes Claypool's slap bass fills sound like he's auditioning for a staff position in the Warner Brothers sound-effects studio. While the "Hey baby, do you wanna lay down with me?" chorus breaks kitty character - mating between felines is rarely sensual or consensual - it is the best hook in the Primus catalog.

5. The Stray Cats - "Stray Cat Strut" When a band put its own name in the title of a song, it becomes an assumed mission statement. "Stray Cat Strut" is no exception. Like "Tommy The Cat," this track musically and lyrically embodies cattitude. While Primus focused on the animal's mischievous nature, The Stray Cats personified the slinking coolness of an alley explorer. "Stray Cat Strut" is Heathcliff wearing a leather jacket. Brian Setzer is not hip (revisit the "Jump Jive And Wail" video if you require confirmation), but for a period in the early 1980s he was legit - or he had the world fooled. 4. Harry S. Miller - "The Cat Came Back" Even disregarding its terribly racist original title, "The Cat Came Back" is a folk classic with a dark underbelly. The song details a kitty who, despite all efforts of the storytellers, will not disappear. The recurring chorus is set in stone, but the verses are up for interpretation; it's like the "Aristocrats" joke in song form. Performers have taken disturbing measures to get rid of the pesky critter. Garrison Keillor put him in front of a firing squad. Sonny James sent him to space. The Muppets placed him in a car accident. Even the family friendly singer Raffi tried to blow him up with dynamite. But like Superman and Keith Richards, the cat simply will not die. 3. The Presidents Of The United States Of America - "Kitty" The elephant in the room when dealing with cat songs is the "p-word." Its abuse is one of the many reasons that Ted Nugent's "Cat Scratch Fever" did not make this list. The Presidents Of The United States Of America, however, put zero sexuality in "Kitty," even when singing a line like "Pussy purring and looking so satisfied." POTUSA's best songs are so simple, they almost challenge the listener to find some perverse hidden message. Read into "Kitty" as much as you want, and it's still a song about a stray walking up to a house, rubbing on the owner's leg, and scratching him once he lets down his guard and touches the kitty on his foot. It helps that the Presidents made the kitty a dude. It's surprisingly wholesome for a song with two "P" words and three "F"s.

Personal bias: I firmly believe that John K Samson of The Weakerthans is the most underrated songwriter alive. On the strongest tracks from the band's last two albums, Samson speaks from the perspective of Virtute the cat, giving his imagery a new angle. The initial offering, "Plea From A Cat Named Virtute," is a cheer up anthem from the kitty to her owner. The positive theme is delivered with feline selfishness; it's essentially an extended complaint about how bored she is by her depressed human. In its climax, she threatens "I swear I'm gonna bite you hard and taste your tinny blood / If you don't stop the self defeating lies you've been repeating since the day you brought me home" followed by the hang-in-there motivational poster message of "I know you're strong."

"Plea" makes any animal lover's heart hurt, but "Virtute The Cat Explains Her Departure" is a straight-up tearjerker. The title is self-explanatory; this time, the kitty reflects on her exit strategy, leaving in the moonlight of a rainy evening with little reason. She reminisces on the good times, with the particularly wrenching lyric "After scrapping with the ferals and the tabbies / I let you brush my matted fur / How I'd dig into your chest while you were sleeping / Your shallow breathing made me purr." At its close, Virtute doesn't recall her own name, stating "I can't remember the sound you found for me." As a co-owner of indoor/outdoor cats, I know the feeling of yelling for your pet without the absolute certainty that it will return. It's just as frightening as that cold space of waiting for a sick relative's health status. Songs are rarely as specific as on "Virtute The Cat Explains Her Departure," but the tune is emotionally weighted in a universal way.

The Weakerthans has been one of my favorite bands for over a decade, but I've only seen the band once. When I did, it played "Plea From A Cat Named Virtute" immediately followed by "Virtute The Cat Explains Her Departure." It wasn't fair; I hate crying in public.