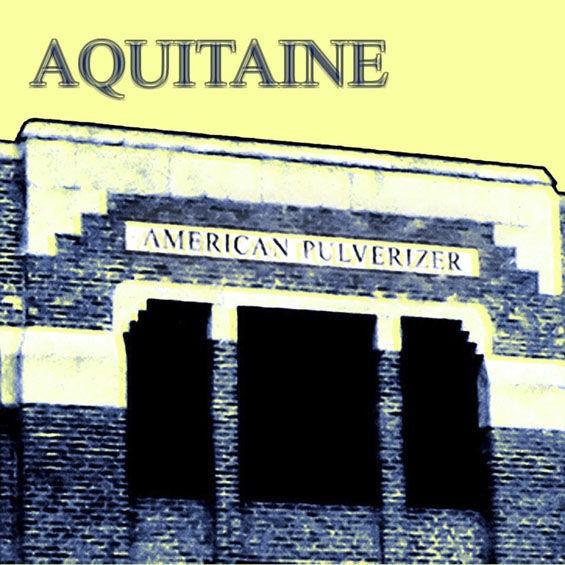 Ed. Aquitaine's new record, released last week at the Firebird, is the subject of this week's Homespun column.

You may not know the name Aquitaine unless you're a Francophile, a visitor to the Pyrenees or a Middle Ages buff, so a quick brush-up is in order: The band formed last year as Supermoon, changed its name to the nonsensical/Adam Levine-baiting Super Maroon, thought better of that name change and recently settled on Aquitaine. The quartet comes from good guitar-rock stock: Dave Collett has played with the Love Experts, guitarist Gerald Good and drummer Chris Luckett play in bulletPOP!, and singer/bassist Will Hildebrandt spent time in a band called Simmons in the middle of the last decade. A love of British rock & roll, from the Who to the Clash to Ride to Supergrass, unites this band, and both Collett and Good make the case for loud but nuanced fretwork at a time when many of the band's local contemporaries have turned the volume down. American Pulverizer, Part 1 is the band's debut EP (Part 2 is supposed to be out by the year's end), and it's a promising greeting from a band with a strong pedigree and mostly solid footing.

The band's cited influences -- Joy Division, the Jam, Echo & the Bunnymen -- show a predilection toward glam rock and Brit pop with traces of moody shoegaze thrown in as well, and the challenge comes in marshaling all those sounds into something cohesive. On the EP, the guitars owe a debt to the rich, textured palette of shoegaze but with a more pop-driven discipline: The tone is expansive, but the dynamics are sharp. The upticks on "When the Lights Are On" show this post-punk love of right angles, while the guitar-squall on opening track "Photo Tangerine" is straight out of "She Sells Sanctuary." Hildebrandt's vocals have just enough sneer in them to rise above the instrumentation; sometimes he dips in the brute articulations of Joey Ramone, but more often he enunciates like a Midwestern Richard Butler. This melding of influences, similar as they may seem, requires an on-the-beat intuition that some of these tracks lack; Luckett's drums in particular need to take a more central role in directing traffic and making the dynamic hits that much more visceral. But as an introductory five-song shot, American Pulverizer shows promise buried amid the fuzz and the fury.