Yo Banga Speaks About the Consequences of Gang Life 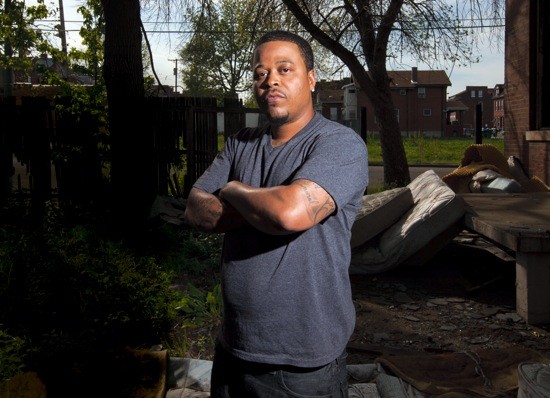 Yo Banga, the former gang member who turned to rapping during a five-year prison sentence, is making good on his affiliation with Better Family Life and the Put Down the Pistol campaign.

The Put Down the Pistol campaign has employed the services of former gang members before -- it works to improve St. Louis by focusing specifically on guns and violence.

In our feature, Banga talked about the difference between lending his voice to the campaign as opposed to someone with a different background from the kids it's trying to reach:

"It's important for the kids to see somebody who looks like them, who was hands-on with this shit," Banga says. "Ain't nobody trying to hear nothing from nobody in a suit. [Better Family Life's] Mr. Clark can speak his ass off, but he can't get it to them the way I can get it to them. I just want them to see that this shit is hard. Most kids think, 'Man, the streets are where it's at.' I don't glorify what I done, but I'm gonna talk about my life. When you take a motherfucker's life, you still can't get back the partner you lost. Is it really worth it?"