Kash, the Italian Band Produced by Steve Albini, is Playing for Free at the Tap Room Tomorrow 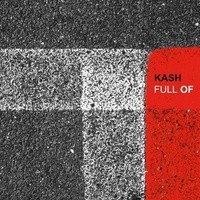 The Schlafly Tap Room (2100 Locust St) is a consistent home for loud, interesting, experimental and just generally high-quality music. They've got an exceptional show tomorrow, featuring St. Louis' the Conformists, Transmontane and Kash, who we certainly hadn't heard of. But we've remedied that in time, and you can too -- Kash hails from Saluzzo, Italy and the fruits of its labor with Steve Albini have been impressive. Preview the new record, Full Of, below.

Stephen Slaybaugh, reviewing the record for The Agit Reader, says:

I don't know that anyone would have an idea of what to expect from a band hailing from Saluzzo, Italy, but it's probably not the kind of noisy hairballs that the four-piece known as Kash has spit forth over the last decade. Working exclusively with Steve Albini, the band has created a sound that's dry and caustic. What they do is full of fury, but instead of sloppy and sweaty, it is neat and tidy, never wasting motions. Comprised of eight songs, their fourth and latest album, Full Of, is equally concise on both a micro and macro level.

As with all Tap Room shows, this starts at 9 p.m. and costs you nothing. Check that shit out.