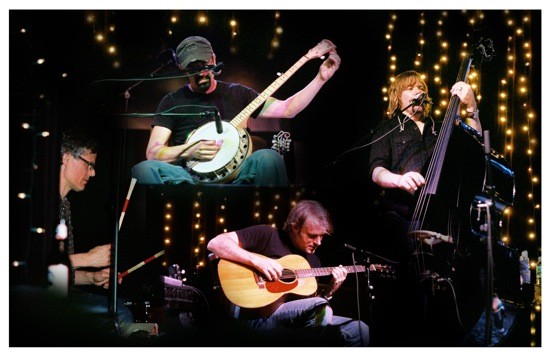 Off Broadway has just announced a new music festival to take place Thursday, August 9 through Saturday, August 11. So far, three bands are confirmed, and they are a very promising start indeed: Will Hoge, William Elliott Whitmore and hometown hero the Bottle Rockets. Tickets go on sale next Tuesday, June 26, and more bands will be announced soon.

The festival is a partnership between Off Broadway and Open Highway Booking. The venue is no stranger to large-scale events in its relatively small space -- in recent months Off Broadway has hosted the Big Muddy Chili Cookoff and the biggest night of the Tower Groove Records Double LP Release, and in early July it will host a fourth annual crawfish boil.

The Bottle Rockets are coming off the release of last year's Not So Loud: An Acoustic Evening with the Bottle Rockets, which Christian Schaeffer reviewed in September for his Homespun column, saying:

The Bottle Rockets has stood tall on local and national stages over its fifteen-plus-year tenure, but that doesn't mean that Brian Henneman's rootsy combo has stood still. If you were lucky enough to catch the boys as Marshall Crenshaw's backing band earlier this year, you know that the Bottle Rockets is as adept at smart, streamlined pop as it is at working-man Americana. So this acoustic disc shows another facet of a band that's normally more at home when bathed in Telecaster twang. On Not So Loud, the band strips down to acoustic guitar, banjo, mandolin and upright bass, and this new set-dressing gives a warm and stark frame to Henneman's no-bullshit songs.

We'll update with more information about the Open Highway fest when we have it.