At the Unknown Hinson Show, Mans and Womans Alike Will Be Laughin', Cryin' and Wanting to Have the Sexuals 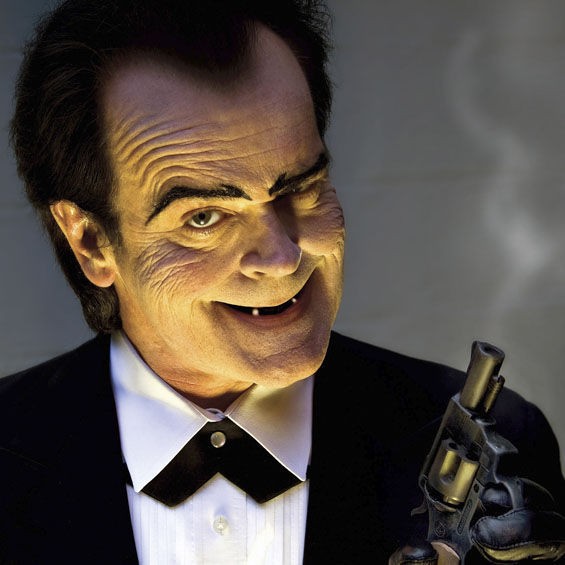 Unknown Hinson, who Daniel Hill spoke with for this week's RFT Music feature, will play the Old Rock House (1200 S. 7th St.) on Friday, June 22. Hinson was born after his mother had "the sexuals" with a stranger and got his name from his father, who he never met. He worked in the circus as a domestic fowl handler and then as "Unknown Hinson: King of Country Western Troubadours -- From the Congo" in his own sideshow. He stars in Adult Swim's Squidbillies as Early Cuyler -- watch some highlights below.

Hinson has been performing as a musician for decades; we talked to him about what to expect at the show:

Daniel Hill: Could you describe a typical Unknown Hinson show?

Unknown Hinson: Yes, sir. It's me with my band singin' my songs from my heart. And my songs is all about real life experiences -- things I have lived through -- and if it's something I ain't lived through, it's at least something I have witnessed with my chart-toppin' eyes, because you know a writer has to write what he or she knows, and if you don't, your readers or your viewers will see right through it, you know? So, I try to keep my subject matter on things that I know about. For instance, "I Ain't Afraid of Your Husband." I mean, I know how that is, you know. I have been there. So yeah, it's me and my band -- me up there singin' and playin' my guts out for the folks, and you will see some womans screamin' and swoonin' and, you know, cryin' at times.

So now you know.