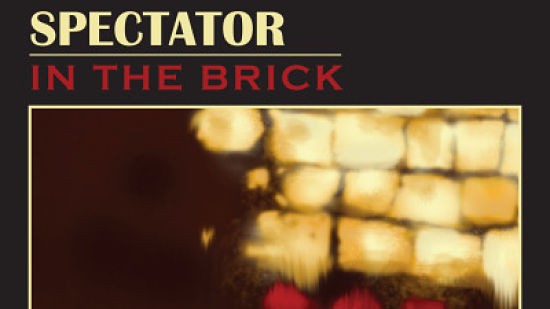 Ed. Spectator's In the Brick EP will be officially released on July 13 at Off Broadway with Bockman. Doors open at 8:30 p.m. and admission is $8. You can buy the record now for $4 on Bandcamp.

Dream-pop bands rarely get both sides of the hyphen right. Beach House may wrap its organ-fired whims in a beautiful, engrossing gauze, but you're more likely to bliss out than bop your head along. So it's a comfort that Spectator, a relatively new quartet, makes its recording debut with such a rich, elegantly produced piece of mood music. The songs on this six-track EP reverberate with the plucks of hollow-body guitars and the gentle pulse of warm keyboard tones. Megan Rooney leads this band with a deft hand on the keyboard and an assured, if restrained, approach to her vocals. She honed her craft singing with local Latin-inspired groups, but the only obvious nod to her past comes in the light Tropicalia of "Daytime." On the EP, Rooney holds court with a controlled quaver that has enough body to be the center of songs that are, by design, patient constructions of ambient space and more aggressive push/pull dynamics. Opening track "We've Been Through This Before" displays this artful tension beautifully. Earmark it for your next post-breakup playlist.

But dream-pop is still pop music, and Spectator never shirks on bright hooks and smart melodies. The boy/girl harmonies and wandering organ chords give "It Comes Too Early" a fittingly somnambulatory vibe, where even the pain of yearning feels like a balm. That type of pre-Beatles pop comes through clearest on "Walk With Me," with plinking piano chords and Rooney's multi-tracked cooing vocals that make the Flamingos' "I Only Have Eyes for You" feel like the song's guardian angel. It's not hard to fall into the easy breeze of Spectator, but be prepared to stay in that seductive sway throughout -- the mood carries through all six tracks and never shifts tempos or tinkers with the sonic palette. The acoustic waltz "In the Night" closes the disc with a darker tint than is found elsewhere on the disc, though its Mellotron-led outro sounds like a lost transmission from your grandparents' radio.