The Ten Best Shows In St. Louis This Weekend: June 8 to 10 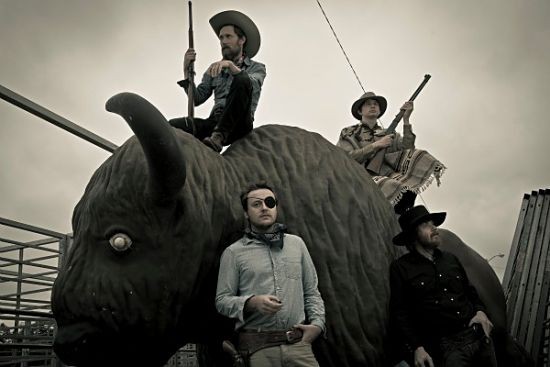 Another weekend of great St. Louis shows: Hot 104.1's Super Jam is this weekend at Verizon Wireless Amphitheater, and in case you missed it Master P got added to the already stacked bill -- No Limit soldiers, take note. Twangfest also continues this weekend with shows Friday and Saturday at Off Broadway -- the former features Langhorne Slim and the second features John Doe (of X). Speaking of "features"....the Features are playing Firebird on Friday. The rest of our picks follow.

Flogging Molly @ The Pageant 7:00 p.m. | $29.50 Flogging Molly has been playing high-energy Celtic punk for fifteen years now, taking influence from bands like The Pogues, The Clash, The Dubliners and probably a bunch of other bands whose names may or may not start with the word "The". (DH)

The Features @ The Firebird w/ The Sun And The Sea 8:00 p.m. | $10 Thus far the Features have remained relatively off the radar here in the US, instead finding acclaim "across the pond", as they say. Their 2009 signing onto Kings of Leon's imprint label and subsequent releases are slowly changing all that, and stateside Yankees are finally hopping on board. (DH)

The Skekses @ The Heavy Anchor w/ Magic City, Lonesome Cowboy Ryan 9:00 p.m. | $5 Ellen Herget's band is at its best ever, and her voice seems like it should be coming out of something about eight times bigger than she is. The rest of that lineup is fantastic, as well. (KM)

Hospitality @ The Firebird 8:00 p.m. | $10 Those of you taking roll will note the presence of a former White Rabbit, but Hospitality's got plenty to offer in its own right. (KM)