Pujol is Coming to Off Broadway 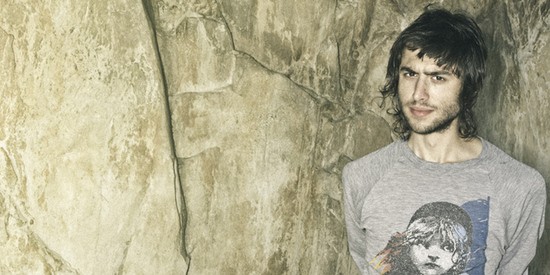 Pujol, whose debut full length United States of Being came out this week on Saddle Creek Records, is coming to Off Broadway. The show's on Sunday, July 8 and Carriage House, Bruiser Queen and Warm Jets USA are on the bill as well. Tickets are $5 and on sale now, and I cannot possibly recommend this thing highly enough.

Pujol, whose band includes Stewart Copeland of King Arthur and various St. Louis affiliations on drums, last played in St. Louis on Cinco de Mayo at El Lenador. They were turning people away at the door because the place was at capacity. Pujol played last on a hot day that started early for most of the crowd, and he and his band still had the place writhing in a sort of rock & roll euphoria we mostly hear about as nostalgia.

United States of Being (buy it here) makes good on the promise of that show, its twelve tracks a blur of riffs and battle cries. He's back in a month; you've been alerted.