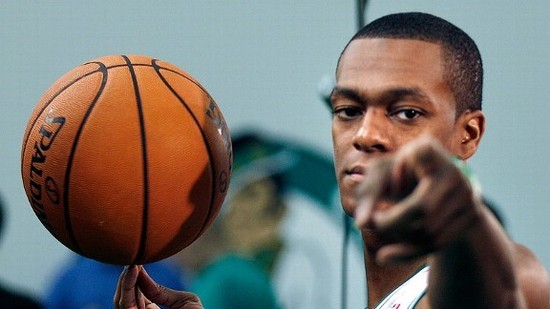 What better time for a "gotcha moment" (to borrow a Palin-ism) than the very beginning of a song? It takes some guts to change a listener's perception of a track before it is fully formed, but it is eternally memorable when executed well. Here is a list of the six best fakeout intros. Feel free to leave your favorite fakeouts in the comments, but please, keep it real.

"Lord Only Knows" is one of Odelay's standout tracks, a definite contender for best non-single (although "Minus" would probably win that arm-wrestling match). You would not suspect that "Lord Only Knows" is a catchy, warped country tune from its abrasive initial two seconds of power chords and screaming, but it certainly gets you listening.

The Fucking Champs is a funny band - quite an accomplishment since the group achieves this without the aid of vocals - and the introduction of "What's A Little Reign?" is the trio's best joke. The track starts as if the band is playing in the next room, and the volume swell that leads into the for-real song feels less like a fade-in and more like a CGI enhanced ultra zoom-in from an action film racing scene. It's the sort of thing Andy Kaufman would have done if he played triumphant instrumental math metal.

4. Franz Ferdinand - "Take Me Out" Remember the first time you heard "Take Me Out" and thought the much-buzzed Franz Ferdinand's single was going to sound like the Cars? But then it slowed down into a downtempo, filthy disco groove with a drum beat made by robot slaves being whipped in tempo. The worst part of "Take Me Out" is that you can only hear it for the first time once. 3. Van Dyke Parks - "Vine Street" Van Dyke Parks' Song Cycle is as notorious for its technicolor, druggy pop deconstructions as it is for its lukewarm commercial reception. In his artistic quest, Parks seemed to have little care for the potential consumer. Take opening track "Vine Street," which starts with a clip from a mediocre bluegrass recording, fades out, and then launches into the lines "That's a tape that we made / But I'm sad to see it never made the grade," essentially admitting that the first fifty seconds of his record sucked. If that's not ballsy, I don't know what is.

2. Death Cab For Cutie - "Title Track" The introduction to "Title Track" by Death Cab For Cutie is legendary among modern-day recording nerds. The trick that engineer Chris Walla uses reads as overdone - starting quiet and messed up sounding and then bursting open - but it sounds different than, say, a pop-punk band's singing-through-a-telephone fakeout. The track stays in its underground tunnel for much longer than most would dare, and its first half sounds just as enjoyable as the for-real mix it precedes.

Technically, there's no fakeout intro on the studio recording of "Radio Radio," but the studio recording is not where the song's mythology lies. Elvis Costello's performance on Saturday Night Live cemented the song - and the singer - in legend, when he bailed out on "Less Than Zero" and called out for "Radio Radio," counting the tune off before his band fully comprehended what was happening. Many years later, he adorably recreated the moment by interrupting the Beastie Boys while playing "Sabotage." The original stunt was a great moment for the spontaneity of live television, the conviction of the artist and the idea that nice guys can be punk rock too.