The Ten Best Shows In St. Louis This Weekend: June 1 to 3 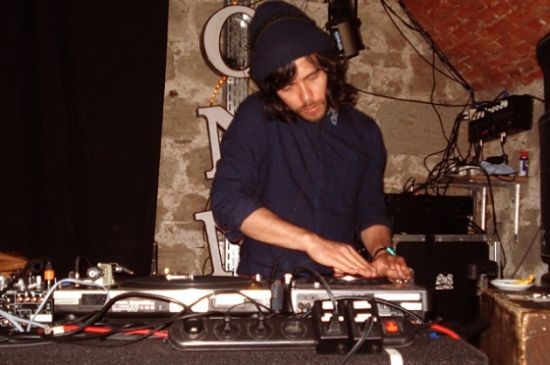 This weekend is the big event: the 2012 RFT Music Showcase! Some eighty-ish bands will descend on Washington Avenue and fill the air with the sweet sounds of St. Louis music. A mere ten bucks buys you a wristband and gets you into all of the shows -- come check out the nominees for this years music awards before you vote. Enough with the shameless self-promotion though. The rest of our weekend picks follow, including Indihop, the craft-beer-a-bration happening Saturday on Cherokee Street and the Grove, an appearance by Joseph Arthur (Scrubs-core?) at Off Broadway, and French DJ Onra at Lola.

Margot And The Nuclear So And So's @ The Firebird 7:30 p.m. | $13-$15 Margot and the Nukes come back through town after the cancellation of their last St. Louis show. (DH)

Joseph Arthur @ Off Broadway 9:00 p.m. | $12 Joseph Arthur's songwriting ambition is nearly unparalleled, and he comes to Off Broadway with a full band in tow. Read Roy Kasten's interview to get yourself prepared. (KM)

Primary Colors CD Release Show @ Jefferson Warehouse w/ The Speak Easy, Brother Father, Whiskey War Mountain Rebellion 8:30 p.m. | $5 Formed originally as an instrumental rock band by guitarists Pete Somerville and Mason Baran, Primary Colors has since expanded their lineup with a singer, bassist and drummer, playing thoughtful indie rock with influence from bands like Maps & Atlases, Minus the Bear and Phoenix. Pick up their new CD at this show. (DH)

Onra @ Lola w/ Nappy DJ Needles, 18 and Counting. 9:00 p.m. | $10 Hailing all the way from France (that's far away), hip-hop beatmaker Onra has recieved acclaim from respected media outlets such as Pitchfork and even a shout-out on Jay-Z's blog. Catch him at Lola, or I guess you could just skip it and head to his hometown if you got lots of money and love airplanes rides. (DH)

Following The Water CD Release Show @ Off Broadway 1:30 p.m. | $10-$13 Jazzy Americana duo Following the Water enlisted the help of several local musicians to collaborate on their debut CD, all of whom will be in the house to help them celebrate this CD release party. Rather than spending $10, why not bring $5 and three cans of food? Canned goods buy you admission and help the St. Louis Foodbank. (DH)