Bassamp and Dano When contacted with some questions for this write-up, guitarist Bass Amp had the following comment he felt he needed to say (completely unsolicited): "I just got a new pocket knife I'm really jacked up about. The handle's got a picture of Ronald Reagan riding a white horse! If I send you a picture of it, will it get printed?" Citing "America" as the band's primary influence (no surprise, then, about the Reagan knife), in addition to "shitting with the door open," "mowing the lawn at night" and "that movie where Sylvester Stallone has to arm-wrestle for the custody of his son," Bass Amp & Dano is a band incapable of taking itself ― much less anything else -- seriously. No matter: This lack of professional posturing adds immensely to the band's charm, whose specialty is catchy punk rock with hilarious lyrics about drinking bum wine, having diarrhea and being American ― which, to Bass Amp & Dano, all seem to be one and the same. --Daniel Hill 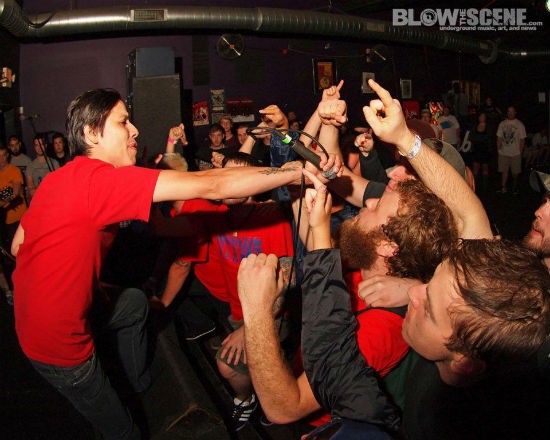 Better Days Better Days' music has an urgency to it that seems to plead with a world-gone-mad that surrounds it to stop, take a deep breath and remember all the reasons life ain't so bad. After all, there are good friends, good times and great music. Staffed by a who's who list of St. Louis hardcore and punk scene veterans (including former members of To No End, the Requiem, Saturday Night's Alright for Fighting, and about a thousand more), the band has been playing its high-energy mix of Gorilla Biscuits-meets-Saves the Day-style hardcore punk since January of 2010, turning the usually bleak-and-angry posturing of the local scene on its head with unending positivity and some damn good music. Its upcoming debut seven-inch Good Luck Tonight will be released this summer on St. Louis's venerable I Hate Punk Rock Records; make sure you don't miss the boat. --Daniel Hill

Doom Town It's been a busy few months for Doom Town. In December, the quartet released a seven-inch single on New Dark Age and embarked on a three-week European tour. By all accounts, the trip was a success, with new fans made, much German beer consumed and offbeat sightseeing done (including a Ramones Museum apparently endorsed by Johnny himself). The trip seems to have given Doom Town's sharp sound an extra edge; Ben Smith and Ashley Hohman sing/shout/harmonize like a traumatized John and Exene, while drummer Shaun Morrissey (of the Humanoids) proves himself one of the city's hardest hitters. See 'em before they decide it's much more lucrative and rewarding to just play abroad. --Mike Appelstein

Modern Man No frills, no affected egos, no bullshit: This is earnest punk that tips its hat to all the proper pioneers. With the reckless abandon of Black Flag, the intensity of Minor Threat and Kid Dynamite's infectious sneer, Modern Man peppers the listener like tattooed knuckles on a blood-drenched brick wall. Boston transplant Tony Auger (formerly of the Effort) scowls and snarls hardcore homilies on top of Paul Carr's breakneck Black Sabbath riffage, while the backbeat barrels through in hasty 4/4 timing. It's abrasive and concise in all the right ways. --Michael Dauphin 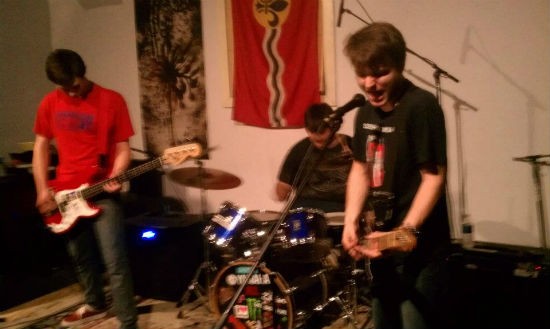 The Mondales The Mondales does not sound, look, or act like a band that's as young as it is. While its pop-punk hooks and occasionally juvenile subject matter could give some indication (the 48-second long ditty "The Night We Trashed Beaver's Car" reeks of fun-filled youthful indiscretion), the Mondale's well-crafted approach belies the fact that the group has only just released their first non-demo release early this year. Playing a catchy, hook laden style of punk that calls to mind early Screeching Weasel and the Descendants, the Mondales quickly made a name for itself on stages and in dingy basements throughout town -- the band has even been known to play a stylistically incongruent Infest cover from time to time, tipping its hand regarding the members' wide range of influences and delighting even those most jaded of hardcore punks. --Daniel Hill