MayFest Seeks to Liven Up "Ballpark Village" With Live Music 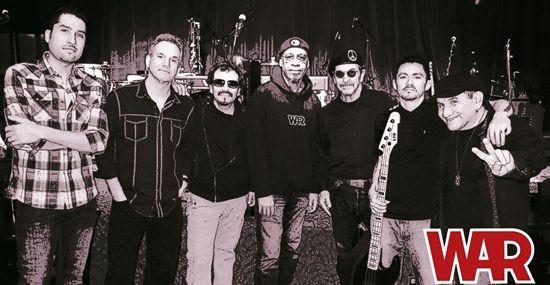 For most folks, Ballpark Village brings about images of big promises and broken dreams. After all, the space around Busch Stadium was supposed to a fun-filled fantasyland for people to go before or after Cardinals games. Years after "new" Busch was christened, Ballpark Village remains - for the most part - just a dream.

All is not lost though. The space is an ample venue for a downtown shindig known as MayFest, which is expected to take place today, tomorrow and Sunday. It's a multi-faceted event that features art exhibits, food trucks and even an old fashioned Louisiana crawfish boil.

But while all of those things are well and good, there are also plenty of bands to get music lovers out around the stadium. And that makes for a big festival-type weekend in St. Louis, especially since MayFest happens to coincide with Pointfest.

But while both events feature enough bands to choke a yak, there are some differences. Pointfest, as noted yesterday, features artists that vary widely across the rock spectrum. MayFest, on the other hand, features days for the most part linked to a particular theme of music.

Tonight, for example, is focused on electronic artists. Of particular note is Z-Trip, a Phoenix DJ known colloquially as the originator of the mashup genre. Other DJs performing at the event include Matt Darey, Cypher and Mister Mac. Dr. Zhivegas will also be playing a set in the late afternoon.

Saturday has been dubbed "Headliner Night," mainly because some of the performers - Foghat, War and The Urge's Steve Ewing - are probably notable enough to draw people to the event. For those who wanted to hear "Low Rider" or "Slow Ride" played outside the confines of a Cardinals PA system, this is your chance.

The festival winds down on Sunday with a gaggle of cover bands, including Seven Bridges Road (The Eagles), Silver Bullet Band (Bob Seger), Houses of the Holy (Led Zepplin, duh), Stone in Love (Journey) and 4 & 20 (Crosby, Stills, Nash and Young).

General admission to the concert is $5. For anyone feeling fancy, a $60 "VIP Experience" is available. That includes a one-day pass, unlimited beer or cocktails in a particular area, free parking and an all-day buffet of Creole food.

Anyone interested in injecting some leisure into the Ballpark Village site can learn more by going to the event's website.