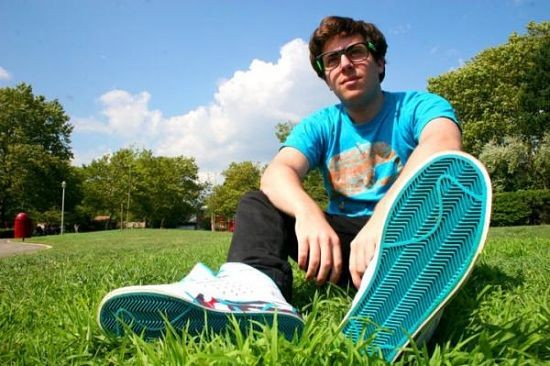 Some points of confusion to clear up real fast about this weekend's post: First, the Tower Groove Records Double Album Release Party takes place over three days (Friday, Saturday, and Sunday), at three venues. All three shows have superb line-ups of contributors to the compilation, and you can see those line-ups by clicking on the individual days listed under the event's title below.

Secondly, Pointfest also takes place over multiple days (Saturday and Sunday). The line-ups for the individual days can be found on the Point's website, I'd imagine, but I've never been to that website so who knows really.

If you are not a fan of kickass local music compilations OR existing local radio stations, you'll find that the list below gives you Sunday off. Enjoy your day of rest, or argue with us about the blindingly obvious crucial Sunday show we missed in the comments.

Bonnie Raitt @ The Pageant with Marc Cohn 8:00 p.m. | $50.50-65.50 Bonnie Raitt: Badass. It doesn't get said enough, but the legendary songwriter/guitar superhero more than qualifies. This one's sold out, so dive into the resale market if you were sleeping. (KM)

Quintron and Miss Pussycat @ The Firebird 8:00 p.m. | $12 Awesome weirdo Quintron performs with gizmos as inventive as the songs -- he invented a light-activated drum robot, for example. Miss Pussycat is a hell of a musician in her own right, as well. (KM)

Fister Record Release @ Fubar w/ Everything Went Black, ((Thorlock)), Sine Nomine, Iron Hills 7:00 p.m. | $8 Fister's latest offering comes with beautiful, hand-crafted packaging inked with the band members' own blood -- no, seriously -- and containing some punishing new music for fans of loud-as-fuck doom metal. Pick it up at this show, and don't miss the openers -- they all rip as well. (DH)

Luther Dickinson and the Wandering @ Blueberry Hill 9:00 p.m. | $20 Luther Dickinson of the North Mississippi Allstars has himself a band -- it's not really a backing band so much as a fronting band -- with some serious folk and soul talent. Call it the dream team, relatively. Or don't, and just go to the show. (KM)

Hoodie Allen @ The Gramophone 7:00 p.m. | $15 As a former full-time employee of Google, hip-hop artist Hoodie Allen has had enormous success marketing himself on the internet (go ahead, Google the name) and has garnered critical acclaim with his hook-heavy songs and laid-back summer-fun-time raps. (DH) Quintron & Miss Pussycat - Friday @ the Firebird

Mariachi El Bronx @ The Firebird w/ Two Gallants 8:00 p.m. | $15 Originally the alter-ego of punk band The Bronx, Mariachi El Bronx has since eclipsed its origins and become a well-respected force in their own right, having opened for the Foo Fighters on tour last year and collected a legion of fans worldwide in the meantime. (DH)

Soma CD Release Show @ Lemmons w/ Better Days, The Quiet Type, Tok 8:00 p.m. | $5 Local indie-rockers (emphasis on the "rock" part) Soma will be releasing their first album in their 7 years of existence at this show -- and based on the track they put online, its well worth the wait. (DH)

Show Me Showcase @ Plush w/ Justin Kinkel-Schuster, Pretty Little Empire, Bo and the Locomotive, Netherfriends, Dots Not Feathers, Last To Show First To Go, Trotting Bear, Little Horn 6:00 p.m. | $5 It's like the videos except with real people and booze! This lineup was impressive to begin with -- the addition of Kinkel-Schuster makes it a paradise for fans of beautifully busted songwriting. (KM)