A Few Things to Know Before Venturing to This Weekend's Pointfest 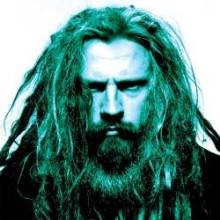 Ah, Pointfest. It's the time every summer when rock enthusiasts from all around the St. Louis area can gather at beautiful Verizon Wireless Amphitheater to watch a seemingly endless stream of bands. With groups spanning all areas of the mainstream rock spectrum, it's not too much of a stretch to say that there's something for pretty much everyone at the two-day extravaganza.

The festival that takes place this Saturday and Sunday seems to conform with how KPNT (105.7 FM the Point) operates: by providing the consumer with a steady amount of alternative and metal-y music. That was certainly the case at the most recent Pointfest, which will forever be remembered by the Urge's rollicking reunion.

Whether a person is going to Saturday's show, Sunday's performances or both days, there's a lot of ground to cover. While it may be wise to go to Pointfest's website to get specific information, here are a few things to note before heading up to scenic, scenic Maryland Heights:

Sevendust is not playing Pointfest

It goes without saying that the festival's headliners -- which include Rob Zombie, Incubus, Megadeth and Chevelle -- will be a big draw. But it's important to note that another fairly popular band, Sevendust, backed out a couple of weeks ago. Citing "circumstances beyond our control," the band posted on its Facebook page that it had "to cancel the Libertyville, IL and the St. Louis, MO shows."

If anybody was going to Pointfest just to see Sevendust, it's likely that this information is not breaking news. But for those who don't obsessively check the Internet for updates, now you know.

According to handy-dandy weather.com, it's supposed to be rain-free this weekend. That's great for people who detest ruining super-expensive concert T-shirts with a little mud from the amphitheater's lawn. But people who plan to be at the show from the start on either day should still prepare for relatively hot weather, especially those who aren't shielded by the actual amphitheater. That, of course, means drinking plenty of water in between libations.

This writer recalls how some people who attended the 2006 iteration of Ozzfest suffered from heat exhaustion. While it is only supposed to be in the high 80s on Saturday and Sunday, it may not be a bad idea to bring in a liter of water -- the amount allowed by the venue.

As noted before, it's probable that a lot of attendees are angling to see a big name. Or maybe there's a band or two in the middle of the pack -- such as 10 Years, Trapt or the Neon Trees -- that may compel somebody to attend.

But people should also be on the lookout for local bands that'll be playing both days. Saturday will feature performances from Mesoterra, Iron Fist Dillusion, Make Me Break Me, Carthage, Outcome of Betrayal, Midnight Hour and Hollow Point Heroes. And Sunday's bill includes Connibal Road, Strata G, 30 Aut 6, From Skies of Fire, Lori's Puppets, Between the Rivers and Tear Out the Heart. Cavo comeback

A little over a month after releasing its latest album, Thick as Thieves, local rockers Cavo will be taking the stage at the festival on Sunday. As noted in a RFT interview earlier this year with lead singer Casey Walker, the band's new material touches on the group's resilience after transitioning to a new record label.

Greek Fire -- another band from St. Louis that has received some airplay on stations such as the Point -- will be performing at the festival on Saturday.

When he's not playing around with his mini-horse or making news with his political opinions, Dave Mustaine is actually engaging in his day job by taking Megadeth on tour. If prior shows are any indication, there's a good bet that the band will perform many of its older songs -- such as "Peace Sells," "Sweating Bullets," "Symphony of Destruction" and "Hangar 18" -- at Saturday's show. The band will probably incorporate newer material as well, such as "Head Crusher."

For people who don't mind watching bands from the amphitheater's lawn, two-day tickets are on sale for $48.50 on Ticketmaster's web site until midnight on Thursday. Considering it costs at least $65 to see Incubus at the Hard Rock Hotel in Las Vegas, that's not too bad of a value.

Every radio station has its plusses and minuses, and the Point is no exception. But for fans of contemporary rock music or outdoor festivals, Pointfest is a more-than-serviceable arena for weekend entertainment.