Dots Not Feathers Dots Not Feathers possesses as strong a four-part harmony as any band in St. Louis -- better than most anywhere, really. And there's more: Plenty of chops, a wide-ranging influence from gospel to the litany of brainy folkies out there to jazz. You can even hear some of its members old guitar-rock instincts coming through. Last year's Come Back To Bed is charming and revealed a nimble band with some promise. The early returns on the new stuff -- the two track Mountain EP thus far -- are a different matter entirely: The ensemble can now make sudden and dynamic turns, its players are as assured as professionals and its lyrics precise and evocative. --Kiernan Maletsky

Palace The peaks and pitfalls of youth remain a bottomless inspiration for artists who are well past adolescence -- just ask Wes Anderson and his myriad revisions of romantic, hyper-literate childhood. Local quartet Palace is a touch less precious in its exploration of endless summers and bubbling-over hormones, but the effect is less nostalgic than in-the-now invigorating. This band harnesses the power of boys and girls playing together better than most in town: Guitarist Matt Kavanagh and keyboardists Jamie Finch and Sydney Scott share vocal duties but are at their best when they sing in tandem, with help from drummer Danny Hill. The stacked harmonies on songs like "I'm Still Learning" are as sticky as Dreamsicles in the July sun, and Palace's choir-kid chops are enlivened with bouncing piano chords and quick-wristed guitar strokes. Summer can't last forever, but Palace's self-titled debut lets the sun shine regardless of the forecast. --Christian Schaeffer 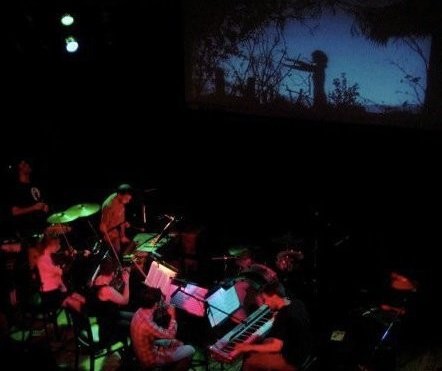 Scarlet Tanager Many folks' introduction to Scarlet Tanager was the ridiculously fun, band-made puppet video for the song "Tumbleweed" (YouTube it now if you haven't seen it). While the song does a great job capturing the band's bouncy indie-pop panache, you had to wonder if it had simply made a catchy tune with an extremely novel video. Upon seeing the band live, however, it's clear from the get-go that songwriter Susan Logsdon & company take great pride in their songs and the performance of such. Logsdon's windswept vocals breeze through clinking toy pianos, marching band trumpets, plush harmonies and standard pop rhythms. Comprised of two sets of husbands and wives, some brothers, sisters, and friends, this is familial pop at its finest. --Michael Dauphin

Union Tree Review Call Union Tree Review whatever you like -- it's part chamber pop, part fleshed-out folk and, in some circles, "make-out music." Singer/guitarist Tawaine Noah's crackled croon fans itself over the band's impressive sound for a seriously sexy experience. The band's addiction to melodrama, stratospheric crescendos and unmediated howling coalesces into a live performance that earned the band an opening slot for Portugal. the Man this April. The band celebrated its second birthday at Off Broadway May 8 with the Spring Standards and proved it isn't falling into routines: The last song of the evening was an unrecorded track titled "Clouds." It was a song the band admitted to not playing for a while and was a fulfilling closer to the set, with Pat Swan blasting on the trumpet with precision. It was a welcome reminder of the band's spontaneity. In a town where music can get stale after repeat listens, UTR always manages to surprise. --Blair Stiles