The Spirituality of Vinyl 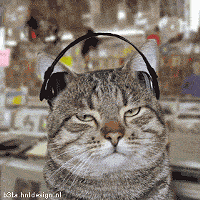 Record Store Day has passed, that noble annual event that gets music enthusiasts out of computer chairs and into physical buildings where albums live. Some people bought CDs, some probably picked up a cassette or two, but the bulk of exclusive releases tailored to Record Store Day were, and will likely continue to be in future years, actual vinyl records.

I consider myself a middle-of-the-road record collector. I prefer to buy vinyl but I am not always certain why. My turntable is set up in a less than convenient location in my house to actually listen to music. My record needle is currently broken, and I have yet to order a replacement. When the player is functional, less than one percent of my music absorption is accomplished by listening to vinyl. Hardly any records I own are rare or valuable. My collection is hiding in my closet and as I age I am less internally satisfied about knowing that, "I have THAT album on vinyl."

Sales of vinyl records are up something like 5,000 percent each year (an approximation). There's a standard catalog of party line explanations to this upsurge. People like the big artwork. People prefer the warm sound of the vinyl record. Both theories are technically legitimate, but each has its holes. Few folks have their turntables set up with a high quality stereo for maximum audio fidelity, and the big artwork angle is usually a reflection of one's desire to show off their bounty.

The true appeal of vinyl is romantic, and all attempts to quantify one's love for the format by logical means are futile. Vinyl is a care-intensive format. It is expensive and difficult to produce. The upfront costs and overwhelming order forms are frightening enough to scare off the half-hearted. Musicians only press vinyl if they mean it. Everybody from Paul McCartney to your little nephew's AC/DC cover band can write a song, record it on an iPhone and toss it on the Internet the same day. You don't impulsively press vinyl. Nobody wakes up next to a 7" with their name on the label and thinks "Oh shit, what did I do last night?"

Given this intentionality, there is something spiritually satisfying about vinyl. It's a subtle way of saying you care. As the buyer, you pledge your allegiance to the album by accepting its inconvenience. It takes up space, it is difficult to actually listen to, it requires specific storage conditions. As the maker, you silently announce that your work is important to you -- at least enough to put your artistic vision ahead of your financial security.

Music increasingly conforms to our lifestyles, and each technological advance requires less effort from the listener. Deep inside, we don't want music to be convenient, at least those among us who integrate our lives and our music. We want to submit ourselves to the artform. Vinyl gives us that opportunity in some small way. We buy records, make records, sell records, love records to embrace the impracticality of music.

Like a golden cross necklace or miniature Buddha shrine, it is not the physical specimen of the vinyl record that enriches us but the intangible ideas it represents: permanence, devotion. Those bulky, archaic discs lining our shelves can be an inspiration to live our lives as if they will one day be be pressed to vinyl.