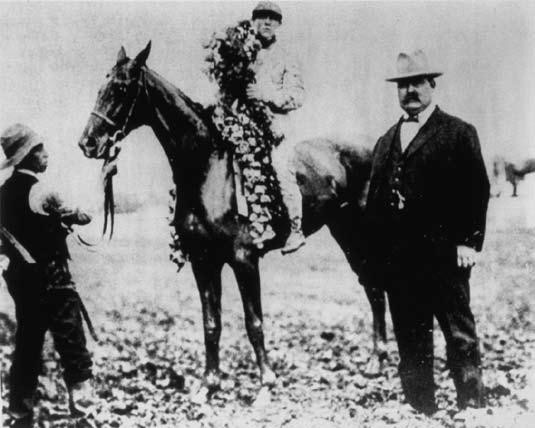 Now is the time for all good cultured TV-owners with new apartments to show off to hold 2012 Kentucky Derby parties and try to remember to call it, while sipping what they hope to be a mint julep, the 138th renewal. In fact, it might be a little late--no doubt Mike Shannon is already "on assignment." This is RFT Music: I'm here to assist you in setting up your high-toned house party not just in general but specifically according to your apartment geography. Let's start where I end up in parties:

The Kitchen: NPR (talk) People who feel a need to be active and have trouble pretending to know about horses and also didn't make a bet will congregate in the kitchen, the first resort for slow parties and things to do with your hands. In a Kentucky Derby party, of course, the kitchen holds some special relevance: It's where the juleps are made.

Yes: You're going to be making mint juleps. And yes: It's okay to give in to that and other stereotypes. So go ahead: Listen to NPR like you want to. When the BBC newsbreak talks about the constitutional crisis in Myanmar, allow yourselves to be hushed and to say to each other in nodding tones, "Gosh--and I had so much faith in Thein Sein. Aung San Suu Kyi is really in my thoughts right now..." It's okay.

Living Room: Doleful, noble bluegrass You're going to want to go to your old low-volume-soundtrack standby of whatever indie rock you're into right now, but this is the sincere-attempt-at-watching-the-Kentucky-Derby-room. You're all dressed up vaguely churchily. Play some slow, quiet bluegrass. All of you can nod at it, a little, until the gates open. It'll be perfect.

Bluegrass says: We are watching the Kentucky Derby. It is a thing we are doing as plugged-in Americans who also understand our cultural heritage. It is also very relaxing if you've made a big and dumb bet.

Doorway: Vampire Weekend or something Move out toward the doorway: Here are the people you've lost already. Don't worry, it's not your fault: These people were determined not to enjoy the Kentucky Derby on any level beyond ironically. These people read Stuff White People Like and wallow in just-kidding-but-seriously self-loathing instead of trying to honestly admit that they like Adele and Mad Men. A highbrow sporting event that potentially exploits horses and is peopled mostly by white guys in vests never had a chance.

They're listening to Vampire Weekend because it is another thing they profess to like only as a goofy, instantly apologetic tic out of a culture they won't try to enjoy or engage sincerely because they're uncomfortable with any hint of perceived privilege--and because they won't differentiate between perceived Columbia privilege and perceived Kentucky privilege, so long as both groups spend too much time dressing themselves without breaking the fourth wall.

Lawn: The National (any album) Bump past them and down the steps and out onto the lovely early-May grass, where all the people you grabbed a little too well are standing and drinking and conjuring up some lost, beautiful past for themselves out of mint juleps and one Faulkner story they read in a lit survey about modernism.

Enter: The National. The official soundtrack of daydreaming about yourself as a quietly desperate guy who wears hats all the time. It's music to smoke cigarettes and think about cancer by, and it's great.

And after people in the living room lose a ton of money betting on horses they hadn't heard of on Monday, the rest of you can join your lawn friends in pondering the meaning of, like, things, and who you are.

I'm thinking, now, that you should maybe remember to bring a frisbee.