From now until Sunday, buy wristbands for the 2012 RFT Music Showcase at half price -- $5.

Bear Hive Because each member of Bear Hive handles an impressive number of duties onstage, those who have heard but not seen the band may be surprised to learn it is merely a trio. Bassist Joel Burton and drummer Nate Heininger supplement their setups with secondary synthesizers, either hopscotching between instruments mid-song or tending to both simultaneously. Chris Phillips' vocals are remarkably expressive, especially since he belts them out while tap-dancing on pedals to loop layers of prickly guitar riffs and managing a hands-on drum machine. The variety-show spectacle is far from effortless, but this demanding, sweaty routine is the process necessary to execute Bear Hive's eclectic electro-indie party rock, which ranges from Battles-meets-Modest Mouse roof burners to lounging smoke breaks akin to Yo La Tengo. --Ryan Wasoba

CaveofswordS If marriage is just another name for collaboration -- a synergistic pairing of forces, a mingling of strengths and talents combined to make something lasting and beautiful -- it's amazing that so few rock & roll marriages stand the test of time. Husband and wife Kevin and Sunyatta McDermott are off to a good start as CaveofswordS -- she sings and writes the lyrics, and he takes care of the music, which tends toward organic electronica and looped percussion. Those who knew Sunyatta McDermott (then Sunyatta Marshall) from her role as the lead singer in pop-psych group Helium Tapes or as part of Fred's Variety Group will certainly recognize her controlled and seductive voice, and in these more beat-heavy arrangements she is freed from the constraints of live, loud rock & roll. As such, her voice becomes the uncontested centerpiece of these songs, with Kevin's drum-machine boogies and artfully processed sound collages offer a rich, nuanced palette to sing against. --Christian Schaeffer

DemonLover Once a seminal group of experimental Americana in St. Louis, Theodore dissolved in late 2011 releasing its invaluable artists into the wild. DemonLover is a power trio, collecting three heads from the aforementioned Theodore. Frontman Andy Lashier has a compelling voice, and he keeps the set grounded with solid bass work. Sam Meyer's rock background provides a powerful rip to the drum sections, while J.J. Hamon reprises his role as the specter of texture, making use of homemade devices to evoke otherworldly sound. There is a hint of punk rock in the band's delivery, with songs privy to experimentation. DemonLover provides a rare sound, one that feels at home in dusty warehouses and dive bars as well as art galleries and concert venues. DemonLover's hybrid of genre conventions is distinctly St. Louis, with wild fret-shredding and hometown twang. --Joseph Hess 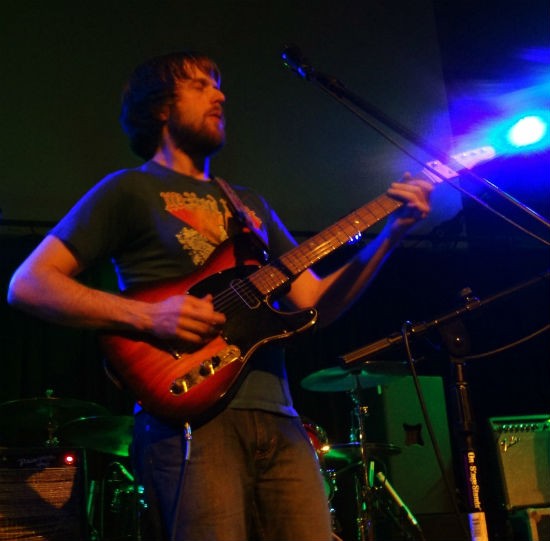 Mikey Wehling and the Reverbs One of the more obvious commendations for an artist using electronics is to note the humanity of her knob twists and button pressings. Few deserve the compliment as much as Mikey Wehling, a key member of Messy Jiverson in a past life and someone with a deep affection for grooves. His prolific solo output over the last year and a half shows his commitment to analog, and the translation to full band isn't much of a stretch. The songs, in turn, are evolving from lush and patient moods to danceable jams. --Kiernan Maletsky

The Spot Ons Joe Rohlman and Kate Peterson understand the power of the boy-girl dynamic. The duo, who make up the Spot Ons, imbue their songs with harmonies that showcase their playful chemistry and the beautiful contrast between Rohlman's baritone pipes and Peterson's feminine voice. These harmonies are laid atop Rohlman's guitar parts that are alternately folky, funky, jazzy or country-inflected while Peterson supplements the groove on one of her many instruments (among other things, she has a Wurlitzer, accordion and toy piano at her disposal). It's a testament to Spot Ons' tight arrangements that it can generate a powerful show with only two players, but it's nonetheless exciting to know that for the band's upcoming EP they tracked sessions with a hired rhythm section. But no matter what shape Spot Ons is in, its music remains fun, witty and infectious. --Bob McMahon