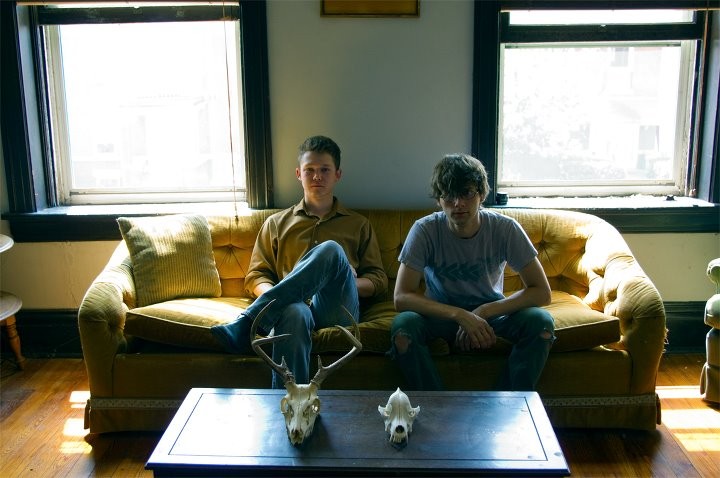 When Drew Gowran of Navigator jumped ship last February he left one of St. Louis's most promising new acts, a project he created with singer/guitarist Curtis Tinsely. Restrained on record and thrash-friendly live, Navigator had one full-length album to its credit and a slew of online releases prior to Gowran's quitting. Gowran has since moved on to grunge-oddballs the Little Big Bangs. Tinsley has kept busy with his artwork, and writing the final chapter for Navigator. Under the moniker "Navigator Solo", Burial @ Sea is Navigator's swan song, and Tinsley's way of finding closure after the demise of Navigator.

"It's the epilogue to something I'm very proud to say I was a part of," says Tinsely via e-mail with RFT Music. The purely instrumental 7-track album is a meditation on loss and articulates Tinsely's discomfort with Gowran's sudden absence, "It was without warning. I was confused and frustrated. We both had expectations that the other wasn't living up to."

Burial @ Sea found its genesis in Tinsley's attempts to mold unfinished Navigator tracks into a singer-songwriter format, "We had an entire album worth of music written, but all of the energy was sapped from the songs without Drew, so I started writing new music. At first I didn't plan on it being anything at all."

Creating an album built entirely on guitar tracks and emphasizing atmosphere and tone, Tinsley ended up telling a story, "Once I had a few tracks, they started sharing themes and feeling like they belonged together." Burial @ Sea is simple, solid and unexpectedly lush. The fullness stemming from the palpable emotion behind the tracks. Even without vocals, Burial @ Sea is heartbreaking throughout. "Vocals were never in the equation for Burial @ Sea. I didn't want words to spoil it. I thought that lyrics would give me too much of a say, and I recognize that Navigator was a two person effort. This way, in the end neither of us get a word in, but I get to end the band in a more positive way."

Despite Tinsley's strong debut as a solo venture, he has no plans to continue on alone, "Playing music with somebody else is really important. Two heads are always better than one." Tinsley is not planning on refurbishing Navigator with new members either, "I've been hanging with two dudes that play drum and bass and have seen Navigator perform. At first, we were going to continue Navigator as a trio, but out of respect and admiration for Drew and our music, anything here on will have new blood."

Listen to Burial @ Sea below or bandcamp.