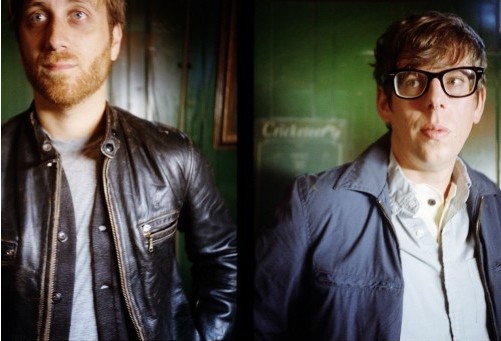 The Black Keys headlined the first day of Coachella. Black Sabbath is about to play Lollapalooza. Local metal phenom Black Fast just wowed a crowd at Euclid Records for Record Store Day. These are all reminders that black is the official color of rock & roll. Here are the six best "Black ______" bands. Please note that this list is limited to bands whose first word is "black" excluding bands like Big Black, and it does not include solo artists. Let us know what "Black _____" band made you never want to go "Back _____".

Black Eyes was a noisy post-punk outfit from Washington DC with upwards of ten members, including two drummers who shared a bass drum. It was a polarizing ensemble, particularly because of its two singer dynamic; one had a perfect Ian Mackaye-esque low tenor yell and the other sounded like a mix between a Blood Brother and a castrated hyena. Black Eyes released two albums on Dischord Records and embarked on a handful of tours before fizzling out. But those relatively few shows are the stuff of legend - including the St. Louis date opening for Q and Not U where the crowd partook in a "tickle pit."

Of all the bands in the post-millennial stoner metal revival, Black Mountain is the most diverse and consistently effective. Much of this is due to singer Stephen McBean, who is equally comfortable as an Ozzy figure supporting a behemoth riff or as the ringleader of a tender ballad. But props are also due to Amber Webber, whose powerful and vulnerable vocals recall Grace Slick, and the subtle yet essential work from keyboardist Jeremy Schmidt. It's hard to imagine any other band being able to pull off a track like "Tyrants," which sounds like "Stairway To Heaven," Dark Side Of The Moon, and Braveheart in one fell swoop.

Landing somewhere between an experimental band and a cutesy cult, Pittsburgh's Black Moth Super Rainbow is redefining the meaning of "weird.". This involves anonymizing stage names for its members (like "Tobacco" and "The Seven Fields Of Aphelion") and putting out a 3" CD titled Chinese Witch Guy With An Axe and nonchalantly performing with Mike Watt playing bass and doing a split with Octopus Project that makes that band seem like the normal one and releasing an album with a scratch and sniff cover. All this conceptual weirdness fits the group's music perfectly, all vocoders and broken synths, like a robot army trying to cover Flaming Lips' Soft Bulletin. 3. Black Flag

Technically not a band, since I don't believe an album was ever released under the name Black Artists' Group. But the St. Louis-based collective, including Hamiet Bluiett and Oliver Lake kept the rebellious spirit of jazz alive at a time when the music lost its edge in the bigger picture. Its members generally played their own take on avant garde free jazz, and by collaborating across mediums with visual artists, gave the abrasive style a relevance and societal purpose that is often missing in purely musical contexts. A few years ago, the collective was the subject of a Washington University symposium. Wilco drummer Glenn Kotche and local bassist and improviser Darin Gray released a split CD entitled Blues For B.A.G.. Pianist Vijay Iyer, future jazz legend and current NPR crush drops the Black Artists' Group's name constantly in interviews. Even though the B.A.G. was only around for a short time - 1968 to 1972 to be exact - the group's impact is immeasurable.

Where would our world be without Black Sabbath, without "Iron Man" or "Sweet Leaf?" It would probably be lighter. It's arguable if Sabbath was the first metal band; some would say Zeppelin or Blue Cheer or (if you're annoying) The Beatles because of "Helter Skelter." But it was definitely the group who solidified the meaning of heavy. If the band was less stellar in its Paranoid/Master Of Reality heyday, its legacy would be destroyed by its Ronnie James Dio phase or Ozzy's embarrassing reality TV show phase. Today, Black Sabbath seems to be as important as ever. Thousands of bands are stacking their amps and slowing down their riffs, downtuning their guitars and pounding on power chords like they invented them. One could look at this doom/drone/stoner metal trend and scoff at the unoriginality. Let's not. These are just disciples honoring the Sabbath and keeping it holy.