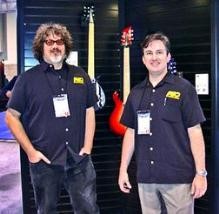 It's not hyperbole to say that downloadable content sparked a huge revolution in console video gaming. Expansions prolonged replay value of many titles, especially music games such as Rock Band and Guitar Hero.

The Rock Band franchise in particular has produced an impressive amount of downloadable content since it burst on the scene in 2007. Heck, "impressive" may be an understatement: Including the user-driven Rock Band Network, well over 3,000 songs have been released thus far. With so many tunes in the pipeline, it's not surprising that weekly releases receive both adulation and fierce criticism. For instance, the recent release of four songs from P!nk was well-received by the singer's fans and panned by her critics.

That's not abnormal: Everybody, after all, has an opinion on what constitutes good music. But some DLC releases have been especially controversial. Some weeks featured an especially divisive singer or group. Other times technical glitches evoked immense wrath. And then there were weeks that featured bewilderingly unknown bands.

There's a lot of ground to cover, but here are 10 controversial DLC releases of the last few years:

It wasn't that long ago that most music games mainly featured covers of popular songs. And not all of them turned out that great, such as the above cover of Iron Maiden's "Number of the Beast." For one thing, it's almost impossible to emulate Bruce Dickinson. And it also doesn't help it's very, very difficult for a vocalist to get past the iconic scream at the beginning of the song.

Thankfully, Harmonix released the original version of "Number of the Beast" in 2009 along with 11 other Iron Maiden songs. That week would probably land on the "Best DLC Releases of All Time" list, primarily because of the overwhelmingly positive reaction from fans.

While there's been plenty of debate over whether Guitar Hero or Rock Band is a superior franchise, most folks agree that music games made by companies other than Activision or Harmonix have been absolutely terrible. Such was the case for Rock Revolution, an abysmal title released by Konami in 2008. In addition to possessing messy gameplay and an awful visual composition, Rock Revolution featured a cover-heavy soundtrack at a time music games were gravitating toward using original songs.

For some reason Rock Revolution managed to land a five-pack with covers of Pantera songs, including "I'm Broken" and "Five Minutes Alone." And like the previous entry, the covers were just not up to par as the originals. This was especially frustrating to fans of the two more popular titles, who were probably wondering why such a substandard game was getting songs from a highly-requested artist.

Both Guitar Hero and Rock Band eventually got songs from Pantera though, providing an excellent excuse to use Rock Revolution as a Frisbee.

While the Guitar Hero series didn't produce as much DLC as Rock Band, Activision often released some quality selections. Even the mighty Rock Band, for instance, doesn't have songs from the Rocky Horror Picture Show. Which is a shame, because such tunes are great fare for more casual fans.

But at a time when Rock Band was pumping out anywhere from three to twelve songs a week, Guitar Hero in 2009 almost always put out three packs. And with the quantity so low, it became perplexing to some that Activision released so many European track packs. Many of the packs featured bands that had almost no recognition in America. The week of June 11, 2009, for instance, featured the sixth European Track Pack going up against the aforementioned Iron Maiden 12-pack. Even though Guitar Hero sold better in its heyday, this was the type of pattern that showcased Rock Band's edge in the DLC department.

Interestingly, Harmonix is now only putting out three or four songs every week to support Rock Band 3. Of course Activision stopped releasing DLC for Guitar Hero some time ago, so such output is obviously better than nothing.

Speaking of DLC output, many Rock Band fans in the late 2000s were accustomed to weeks with lots and lots of songs. So some weren't exactly thrilled when it was revealed that the closing tune from Portal would be the only song released for the week of April 1, 2008.

The upside though was that "Still Alive" cost gamers absolutely nothing. And that meant it was commonly one of most downloaded songs in Rock Band history. Which is a good thing - because there's no such thing as too much Jonathan Coulton.

With enough early-2000s nostalgia to kill a yak, it's no wonder that Rock Band fans were eagerly awaiting "Last Resort" to be released as downloadable content. But when people started downloading the song, they immediately realized that it was completely different from the original. And while it's not completely unusual for Rock Band to offer up alternate versions, this one was almost universally seen as much worse than the original version that defined high school for so many millennials.

The only saving grace of this messy situation is that Harmonix unveiled a song from another insect-themed band - "Smooth Criminal" by Alien Ant Farm - a couple of months later. 5. Hautewerk Pack - April 21, 2009 [Rock Band]

With seven songs made available from Styx and REO Speedwagon, the week of April 21, 2009, wasn't half-bad for classic rock fans. But that week also featured a three-pack from an incredibly obscure band called Hautewerk, which prompted plenty of confusion in the Rock Band community.

Nowadays, downloadable content from underground bands usually migrate to the Rock Band Network. But with a request list the size of the Great Wall of China, plenty of fans were wondering why official DLC was going to such an unknown group.

Rush is one of those bands that possesses an insanely devoted following within the Rock Band community. So there was much jubilation when it was revealed that Harmonix would be releasing one of the Canadian group's most acclaimed albums in 2008. But technical glitches delayed the release for a few weeks, causing some passionate Rush fans to get angsty.

Rather than risk snapping an unbroken streak of downloadable content offerings, Harmonix instead released a three-pack from a relatively unknown group called Locksley.

The company averted a full-scale mutiny when it released Moving Pictures about a month later.

Harmonix also surprised and delighted Rush fans late last year when it released the entire 21-minute version of "2112" for Rock Band 3, a song that will probably cause arthritis when it gets a spin on the upcoming Rock Band Blitz.

Harmonix was previously owned by Viacom, the same company that owns MTV and Nickelodeon. And that often resulted in some strange cross-promotions, such as releasing two different packs from the SpongeBob SquarePants television show.

To be sure, these songs were discounted - and not that bad. But like Hautewerk, many Rock Band enthusiasts were a bit perplexed that they were getting oodles of SpongeBob but not moar more Muse or Radiohead. Now that Harmonix is effectively independent again, it's highly unlikely that SpongeBob songs will come back to rhythm gaming.

On the subject of awkward cross-promotion, there was plenty of griping back in 2010 about the release of a Miley Cyrus pack. Since the news of this DLC release broke early on MTV's web site, it's a fair guess that this pack's existence owes itself to Harmonix's former status with Viacom.

Of course, the ire over Miley DLC underscores a general abhorrence among music gamers to pop songs. But it was also kind of a bummer that the pack didn't include "Party in the U.S.A."

Days after Cyrus got Rock Band fans all hot-and-bothered, Harmonix dropped the bomb that it was releasing a Nickelback six-pack. Perhaps anticipating the impending griping session, Harmonix spokesman Aaron Trites wrote in the official announcement "I think that says it all right there."

And of course, there was plenty of anger over the Canadian band's entry in the Rock Band downloadable universe. The great RockBandAide had a post at the time showcasing the reaction to the news on Twitter. People were not happy Nickelback was coming to Rock Band.

Yet, one of the beautiful things about music game DLC is that it's optional. Harmonix and Activision aren't holding a gun to anybody's head forcing them to pick up seminal hits like "Photograph" or "Burn it to the Ground."

And clearly, people bought songs from the first pack. Why? Because Harmonix released a second Nickelback pack last year. This perhaps shows that one person's controversial DLC week is another person's best week ever. Either that or Chad Kroeger downloaded the first pack 10 million times.