Out Every Night: The Best Shows From April 23 to 29 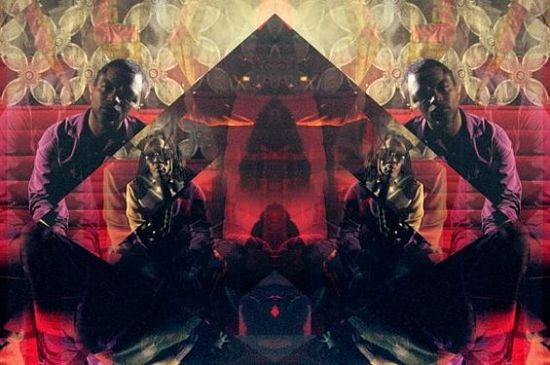 Did everyone survive Record Store Day weekend? Between the deluge of live music and the generous amounts of free beer -- not to mention the throngs of people -- we can understand how one might be tempted to take it easy this week. Please remember, though, that taking it easy is for square nerd losers, especially when this week has so many shows worth checking out. Don't fall into that trap.

On Tuesday Sup Pop's weirdo hip-hop group Shabazz Palaces will be playing the Luminary Center for the Arts; Wednesday will see a performance by the not-so-weirdo underground hip hop supergroup Slaughterhouse (featuring Joe Budden, Royce Da 5'9, Joell Ortiz, and Crooked I) at the Old Rock House. Baroness will bring their scorching riffs and intense live show to the Firebird on Thursday -- metalheads and fans of intensity take note. Shows not listed below but still worth mentioning are the Midnight show and the Social Distortion / Toadies show -- both are on Saturday. Check out our concert calendar for further info; read below for the rest of our picks for the week.

Ezra Furman & The Harpoons Mon., 7:30 p.m. April 23 @ The Firebird - $10 By Liz Deichmann Ezra Furman & The Harpoons immediately brings to mind a youthful, rollicking Ryan Adams combined with the sharpness of Adam Green. The songwriting is colored with a quirky sense of humor commonly bestowed upon the young and artistic, making it enjoyable and suitable for the next big young-adult-indie film. Songs such as "Take Off Your Sunglasses" certainly point out that these neighbors to the north are capable of turning out wandering, punk-inspired gems.

Shabazz Palaces Tue., 8:00 p.m. April 24 @ Luminary Center for the Arts - $15 By Josh Levi As the current state of commercial urban radio remains dominated by Lex Luger production and the boisterous gnarl of thugged-out rappers, collective hip-hop heads everywhere are shaking theirs. Longing for an electric awakening, those in search of the unpredictable have found a savior in the esoteric wonder Shabazz Palaces. Having garnered the attention of Sub Pop, SP offers radical lyricism and ancient instrumentation on 2011's Black Up. Echoing with downbeat jazz, funk, hip-hop, and dubstep, the duo's sound transcends rudimentary rap through its cosmic embrace of forward thought and inventive production. For the Heads: Shabazz Palaces features talented lyrcist Ishmael "Butterfly" Butler, formerly of Digable Planets.

Slaughterhouse Wed., 8:00 p.m. April 25 @ Old Rock House - $20/$25 By Calvin Cox From this 2009 review: Has balance returned to hip-hop? Judging by the music that's been coming out for the past twelve months, it appears that there is hope! 2009 lacked a major release on the scale of Lil Wayne's Tha Carter III, which may have given the underground an opportunity to make a comeback. One of the year's most anticipated rap albums was Slaughterhouse's self-titled debut. The underground supergroup favors hard-edged lyricism and slick wordplay over catchy hooks and club music. Joe Budden (who also released Padded Room earlier this year) and Royce da 5'9" are the standouts, but Joell Ortiz and Crooked I hold their own as well.

Baroness Thurs., 8:30 p.m. April 26 @ The Firebird - $12 By Daniel Hill Formed in 2003 by childhood friends from Lexington Virginia, the now Savannah Georgia-based metal outfit Baroness has been blowing minds with its punishing riffs, blistering leads and surprising versatility ever since. After releasing its critically acclaimed sophomore LP, The Blue Record ― named 2009's Album of the Year by Decibel magazine and hailed on top ten lists by Pitchfork, Revolver, and dozens more ― the band has seen about as meteoric of a rise as a still-underground metal band could possibly imagine. They've toured Japan with Isis, the U.S. with Mastadon and the Deftones and even Australia opening for Metallica, winning over a legion of die-hard fans all along the way with its intense live shows. ROY G BIV: In 2006 Baroness released the Red Album, followed in 2009 by the aforementioned Blue Record. July 2012 will see the release of the band's hotly anticipated third album, Yellow & Green. Fans should expect to hear some new jams at this show.

Back to Rockville: A Tribute to R.E.M. Fri., 8:00 p.m. April 27 @ Off Broadway - $10-$13 By Ryan Wasoba ​When I was in seventh grade, before I knew anything about indie rock or Athens, Georgia, or Reagan-era politics, R.E.M. was my favorite band. I'm certainly not alone; the band was a landmark in many lives for both the music it created and the doors it opened up for young listeners. And like many, the band's breakup hurt more than it probably should. As a thirteen year old, I assumed that by the time R.E.M. broke up (or, worse, if Michael Stipe passed away), I would be a famous musician and would cover "It's The End Of The World As We Know It (And I Feel Fine)" for the inevitable tribute album. Apparently the bands playing KDHX's Tribute to R.E.M. had similar aspirations - The Dive Poets, Finn's Motel, Half Knots, The Love Experts, Palace, Scarlet Tanager, Spectator, and Via Dove will re-imagine many R.E.M. classics this Friday.

The Black Keys Fri., 8:00 p.m. April 27 @ Chaifetz Arena - $39.50-$49.50 By Kiernan Maletsky The Black Keys just announced an April 27th show at the Chaifetz Arena on St. Louis University's campus. It's a band gaining momentum at such a voracious rate it might not be lunacy to start calling it the latest in a proud, overblown tradition: The Saviors of Rock & Roll. Let me explain: The only song you could even tangentially consider rock to appear in 2010's Billboard top ten was Train's "Hey Soul Sister," which I hope we can all agree is a grave little factoid indeed. So we could use something to believe in, and why not Akron's heaviest? This tour comes on the release of the band's El Camino, which has been greeted with the same amount of critical and popular success as its last couple albums. So a shitload. Long live rock & roll.

Ray Wylie Hubbard Sat., 8:00 p.m. April 28 @ Old Rock House - $12-$15 By Roy Kasten Thank the old blues gods that Ray Wylie Hubbard never became a preacher or a grifter, or as is often the case, one and the same. He'd convert you, rob you blind and leave you howling in tongues and shaking on the floor. Or at least that's the mission of The Grifter's Hymnal, the songwriter's latest mean, lowdown but somehow redemptive errand into the country and electric blues wilderness. The guitars slide and scrape, the rhythms rock and roll, and the words, as always, burn through with the wit and wisdom of a bona fide Texas maestro. Why You Should Go: Hubbard doesn't get to St. Louis often, so mark your calendar if you're a fan of young Americana poets like Ryan Bingham or Hayes Carll. They'd be nowhere without him.

The Lumineers Sat., 9:00 p.m. April 28 @ Blueberry Hill - $10-$12 By Kiernan Maletsky The imagery contained in the video for the Lumineers' "Ho Hey" contains all you need to know: Handclaps, tambourines, suspenders, dusty rooms, urgent running and confetti. It's been a little over two years since Wesley Schultz and Jerimiah Fraites moved from New York to Denver. There, they found cellist Neyla Pekarek and the financial and artistic space necessary to go from an anonymous singer-songwriter outfit to a widely stamped "Band to Watch." Allow us to join the legion of endorsements: As sepia-toned troubadours go, the Lumineers stand above the pack with uncommon lyrical grace and live hopefulness. Know Your Line: Lead single "Ho Hey" from the new self-titled full-length is a crowd participation number. Don't miss your cue.

Portugal. the Man Sun., 8:00 p.m. April 29 @ The Pageant - $20-$22.50 By Ryan Wasoba Portugal. the Man gravitates toward dank psychedelic pop jams and its members have hair both long and unwashed enough to make Fleet Foxes look trim. Yet beneath this hippy exterior the band's story reads like a classic tale of punk-rock triumph. The obstacles were daunting, its members having hailed from the inconvenient state of Alaska and its name plagued with an unnecessary period, but the band honed its craft through constant album cycles and grew its fan base one show at a time alongside similar indie rock oddballs like RX Bandits, Minus the Bear and Maps & Atlases. Now Portugal, the Man tackles St. Louis's largest practical venue as a headliner. God bless America! Unlikely Cred: Kanye West blogged about his fandom of the band, and Wu Tang Clan's RZA remixed the band's track "All Your Light (Times Like These)"