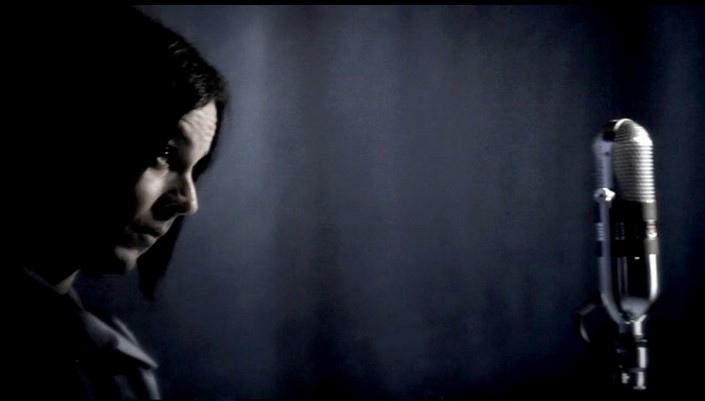 Jack White's solo record, Blunderbuss, comes out next week, but it's streaming on iTunes right now. It's his first as a "solo" artist, though he is backed by a litany of past collaborators and friends, including St. Louis' own Pokey LaFarge & the South City Three, who act as White's backing band on the song "I Guess I Should Go To Sleep."

The iTunes stream doesn't let you skip to particular tracks, so if you're going that route you'll have to wait until near the end to hear the expert flourishes and harmonizing of Pokey, Adam Hoskins, Joey Glynn and Ryan Koenig. But, you know, this is the Internet, so there's a YouTube clip of the track on its own; you can listen to that below. Update: Yanked! We can't find a replacement, but we're guessing if you dig around a little later you'll find it. Otherwise, just listen to the whole album -- the rest ain't all that bad... You can do that by clicking here, but be warned it launches iTunes.

White did a long-ish sit down interview with NPR's Bob Boilen late last week; the hometown crew gets a mention just before the ten minute mark in this video.

Pokey LaFarge & the South City Three are currently in the Netherlands, but you can see them at Twangfest this year on June 6 at the Schlafly Tap Room. They'll also be playing with Jack White at the Wilshire in Los Angeles on May 30 and 31.