This Day in 1969: 5th Dimension's Groovy "Aquarius/Let the Sunshine In" is Number One 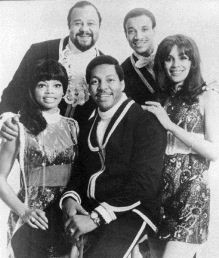 Pop quiz, hot shots: What was the second-highest charting song of 1969? "Come Together" by The Beatles? "Honky Tonk Women" by the Rolling Stones? "Everyday People" by Sly and the Family Stone?

Those are all excellent guesses. But the correct answer is "Aquarius/Let the Sunshine In" by The 5th Dimension. The medley of two songs from the musical Hair was the number one song in the country on this day in 1969.

Hair was released well before The 5th Dimension recorded "Aquarius/Let the Sunshine In." A recording of the musical sung by members of an off-Broadway cast, for instance, was released in 1967.

Before long, a bevy of musicians were covering songs from the musical. The Cowsills' rendition of the title song went to number two on the Hot 100, while Oliver's "Good Morning Starshine" went to number three. And then came The 5th Dimension.

The group - which featured several members from St. Louis - had already achieved commercial and critical success in 1967 with "Up, Up and Away," which ended up winning Song of the Year and Record of the Year at the 1968 Grammy Awards. "Aquarius/Let the Sunshine In" upped the ante, so to speak, spending six weeks on top of the Billboard Hot 100.

"Aquarius/Let the Sunshine In" eventually captured Grammys for Song of the Year and Record of the Year. But the song's cultural impact exceeded any commercial success, as The 5th Dimension's rendition became an endearing artifact of the 1960s. The song's wavy-gravy exposition captured the hippie lifestyle, immortalizing the counterculture through music.

The first section is a slick blend of soul and rock and is buttressed by lyrics with astrological references -- perfect for the time. The second section is a gospel meltdown, led by Billy Davis Jr.'s spontaneous in-the-studio vocal performance, which took the entire song over the goal line.

It certain ways it may seem dated today, but the overall message of unity is, in the end, timeless.

"Aquarius/Let the Sunshine In" wasn't the only successful hit The 5th Dimension released in 1969. "Wedding Bell Blues" - a Laura Nyro song that turned into Marilyn McCoo's desire for matrimony - topped the Billboard Hot 100 charts near the tail end of the year. Those two songs - as well as the commercial trajectory of the LP Age of Aquarius - represented a zenith of sorts for The 5th Dimension.

But alas, "Aquarius/Let the Sunshine In" was merely the runner-up in 1969. The supreme champion that year was "Sugar Sugar" by The Archies. It could be argued though that The 5th Dimension had the number one song that year not credited to a fictional band created to promote a cartoon.

In honor of the song's milestone, here is "Aquarius/Let the Sunshine In:"