Rough Shop's New Album is Out Saturday: Review and Video 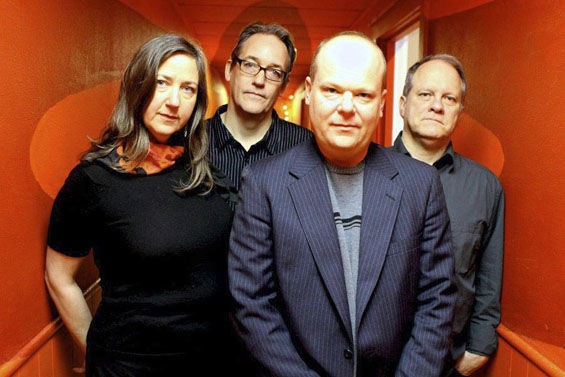 Rough Shop has always been a band of old souls. Its three principles -- guitarists Andy Ploof and John Wendland and bassist Anne Tkach -- have settled comfortably into middle age, and they write, sing and perform their songs accordingly, drawing from various strains of folk, rock and country. For Beneath the South Side Bridge, this band of old souls actually sounds like a soul band -- Hammond B3 organ drips from the edges, and the acoustic guitars have largely been left in their cases. Of course, Rough Shop's brand of soul still stems from the singer-songwriter intuitions and narrative song-craft that have attended the band's other releases, but the pop and shuffle give these songs a lift. (And anyone doubting the band's soul bona fides can get an education from Wendland's Memphis to Manchester program on KDHX (88.1 FM) -- this is a band of both musicians and music scholars.)

These dozen songs are split pretty evenly between Wendland and Ploof, though Tkach takes the lead on "Torn Love Letters," and the bubbling groove and harmonized background vocals give the song a sprinkling of Motown magic. Ploof's voice is so warmly weathered that, at this point, it's hard not to hear the years behind his songs. His tunes are the highlights of the disc this time around, and his smartly tailored guitar leads provide a through-line for the LP; "Flywheel" in particular hits a sweet spot of Midwestern twang and Memphis soul. Wendland's songs don't initially seem to carry the same wizened weight as Ploof's -- his voice is higher and a little less assured than his partner's -- but "Flashback" and "Suzanna" bookend the album with a bittersweet nostalgia that is almost universally recognizable. For Rough Shop, it's the backward glance that clarifies the present, and this record finds the band still evolving where others would settle for stasis.