Out Every Night: The Best Shows From April 9 to 15

Protest the Hero Mon., April 9, 6:30pm @ Pop's - $15-17 By Daniel Hill Canada's progressive metal outfit Protest the Hero will be playing Pop's nightclub and concert venue on Monday, April 9. The Vagrant Records band formed in 1999, and since then it has toured with such acts as Killswitch Engage, In Flames, Alexisonfire, Bullet for My Valentine, Against Me!, Between the Buried and Me, Dragonforce, Avenged Sevenfold, 3 Inches of Blood and more. In 2004 the band was awarded the Canadian Independent Music Award for Favourite Metal Artist/Group. At the St. Louis stop of it's tour Protest the Hero will play alongside Periphery, the Jeff Loomis Band, The Safety Fire, and Today I Caught The Plague. ​​ ​​

Human Nature Tue., April 10, 7:30pm @ The Fox Theatre - $32-56 By Daniel Hill Australia's Human Nature may not be terribly well known in the states, but don't let that fool you: The vocal pop group are superstars in their home country, with 17 Top 40 hits, five Top Ten hits and a certified 1.6 million record sales since their inception in 1989. They've had a six-night-a-week residency at Las Vegas's Imperial Palace Hotel and Casino since 2009 and even had the Palace's showroom re-named in their honor, but as of yet have never toured through the states. This spring's tour will be a first for the group, who will be introduced at each show by Motown legend Smokey Robinson -- fitting, being that the group's last three wildly successful albums have been comprised of the group's own renditions of Motown classics. 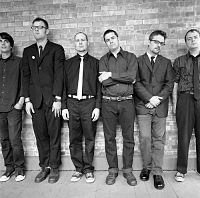 Mustard Plug Wed., April 11, 7:00pm @ The Firebird - $12 By Daniel Hill Ah, ska: The genre that won't quit. From the original Jamaican ska born in the late fifties to the "2 Tone" of the seventies and yes, even the oft-ridiculed "Third Wave" ska-punk of the nineties, the infectious upstrokes and "pick it ups" central to the ska sound always seem to come back around ― sometimes to the chagrin of purists. Yes, Reel Big Fish got really annoying really fast, but it was far from the stand-out of the genre. Bands like Skankin' Pickle, the Blue Meanies, the Pietasters and even St. Louis's own MU330 proved that third-wave ska can be played in such a way that it doesn't make one want to shove a fork in one's own ear. Mustard Plug is another of these bands ― formed in 1991, it has been expertly balancing the punk and ska elements that define the genre for over twenty years. Just Accept It: History indicates that we are nearly due for a fourth wave. Musical cycles tend to move in twenty year increments, and the founder of the now-defunct Moon Ska Records started a new label in 2003....which, historically speaking, indicates to us a predicted mainstream comeback of 2015. Stock up on black and white checkered suspenders now.

Abigail Washburn Thu., April 12, 8:00pm @ The Sheldon - $15 By Roy Kasten With the passing of Earl Scruggs, attention has turned to the instrument that launched a thousand jokes: the banjo. But in the hands of masters like Scruggs, Béla Fleck or Ralph Stanley, its sound is no laughing matter. Add to that list Abigail Washburn, wife and collaborator with Fleck and accomplished frailer in the pre-Scruggs tradition. Washburn's rhythms are unstoppable but her adventurous singing and arranging distinguishes her work. Last year, with indie rocker Kai Welch and producer Tucker Martine, she released City of Refuge, one of the most exciting fusions of rock and old time music ever recorded. Last Time: Washburn opened for the Head and the Heart at the Duck Room in 2011 and won over the crunchy festival kids. This time she has a proper headlining gig at an ideal venue. ​​

Caroline Smith and the Good Night Sleeps Fri., April 13, 9:00pm @ Off Broadway - $8-11 By Christian Schaeffer With a songbird's warble and a coterie of fuzzy, buzzy indie-folk signifiers, Caroline Smith & the Good Night Sleeps make a joyful noise that's soothingly old and comfortably new. Smith's pre-war crooning and her bandmates' crunchy, sympathetic instrumentation recall the brighter moments of She & Him by using the singer's precociousness as a tease instead of a crutch. Let the Wurlitzer waves of "Tanktop" [sic] wash over and you make your early summer mix tapes during the unseasonably warm spring - the Good Night Sleeps sound better on a cooling breeze. All That's Missing is Morrissey and Marr: The Smiths are taking over Off Broadway, as April Smith and the Great Picture Show will perform alongside Caroline Smith and company.

Jack Buck Fri., April 13, 9:00pm @ The Heavy Anchor - $5 By Josh Levi ​After the release of its debut 7-inch, Ugly, Jack Buck continues to pave the way in the art of brainwave eradication. Too noisy to be categorized as hardcore and too avant-garde to be metal, the band fills the niche for stoners and the art damaged alike. Marking the first of a string of shows since bassist Michael Gerhardt's back injury, Jack Buck will perform with an eclectic line-up including Columbia's New Tongues and a DJ set by ambient outsiders Ou Ou. The headliner is gearing up for a performance at the 2012 PRF BBQ Fest put on by Steve Albini's Electrical Audio, and its future is burning ever brighter. What the Hell? Indie pop progenies Humdrum and Cartwheel will complete the evening's lineup. Viva Variety!

Just Blaze Sat., April 14, 10:00pm @ Lola - $10 By Daniel Hill Hip-hop super-producer Just Blaze was slated to DJ as part of Lola's "Speakerboxx" series on March 30, but ended up having to cancel ― instead we were treated to a visit from another giant of the field: the venerable Pete Rock. Making good, Blaze rescheduled his performance for this Saturday. If you've followed hip-hop at all in the last fifteen years, you know the man's work ― he's produced tracks for the Beastie Boys, Jay-Z, T.I., MF Doom, Busta Rhymes, Snoop Dogg, Usher, Eminem....he even remixed a Maroon 5 song back in 2008, creating what was, in this writer's opinion, the only listenable Maroon 5 song ever. Round of Applause for Lola: In the last few months, the downtown nightclub has brought some pretty big names in for its DJ nights: Salt N Peppa's Spindarella in January, the aforementioned Pete Rock last month, and now Mr. Blaze. Whatever you guys are doing, Lola, keep it up! ​​ ​ 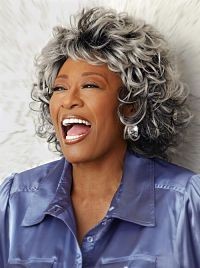 Marlena Shaw Daily from Wed., April 11 until Sat., April 14, 7:30pm & 9:30pm @ Jazz at the Bistro - $30-35 James Weber From this 2007 show preview: It's downright cold in Saint Louie, and you've been bundled up with your honey in front of the fireplace for weeks. Sounds a lot like "Love Dancin'," the "Rhythm of Love!" Only, the fuel ran out, and the nearness of your sweetness bred a nasty case of cabin fever. "Mercy, Mercy, Mercy!" "The Writing's on the Wall!" Well, time to get out on the town, and no one better to warm you up than the magnificent Marlena Shaw. The first female vocalist signed to Blue Note records, Ms. Shaw has set the live-performance standard for 40 years, each show following the common thread in jazz and soul, pop and R&B. Jazz at the Bistro (3536 Washington Boulevard; 314-531-1012 or www.jazzstl.org) brings the former Count Basie Orchestra singer for four sublime evenings of pure class.

Cavo CD Release Show Sun., April 15, 8:00pm @ Cicero's - click here for ticket info By Jason Rosenbaum From this recent interview: Cavo brushed up against mainstream success in the latter of part of the 2000s, clutching fame and adoration with hard-charging sensibilities with a melodic edge. Following that up, however, took some time. After a relentless touring schedule and a transition to a new record label, the St. Louis-based rock outfit is primed to release Thick as Thieves next Tuesday. It's the first LP from the band since 2009's Bright Days Dark Nights, which spawned commercial hits such as "Champagne" and "Crash." As lead singer Casey Walker noted in an interview with RFT Music, Thick as Thieves incorporates a theme of perseverance. That can especially be seen in the video for the title track, which features the band hanging around at Pi and playing on top of a downtown St. Louis building. The message is clear: Regardless of obstacles that daunted the band, the four-piece outfit is still alive and kicking.