Google Glass Project: Five Uses At Your Next Show 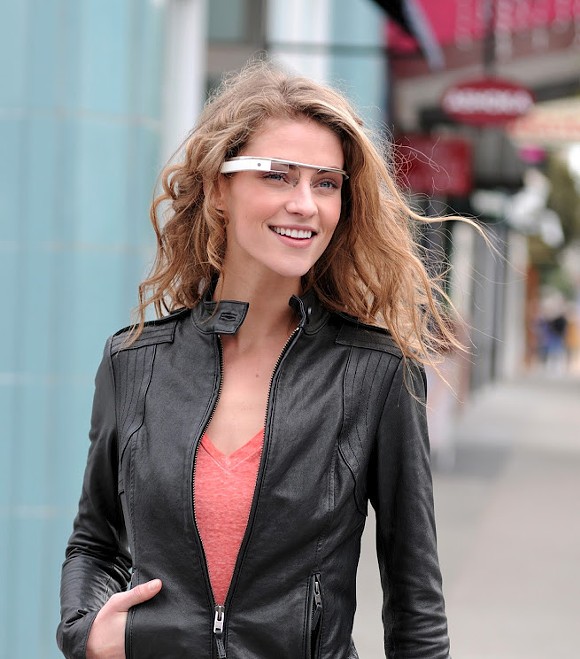 Ever since Android and Google+ were released people seem to have opened up to the idea that every free service the search giant provides them is in fact paid for with a steady stream of personal information they don't realize Google has. With that in mind: The Google Glass Project is an enormous personal information goldmine. They'll know where you are, how long you stare at any given advertisement, whether or not, for that matter, you're subconsciously a racist.

But hey: You could also do some nice things with them at the average concert, right before Google asks you if you'd like to buy their album in the Google Play store. Here are some of those things--though most of the rock show veterans I know will be more interested in that self-driving car.

1. Scrolling lyrics. Having the lyrics to every song you hear at hand could save you from embarrassment in the short and long terms. Short-term: You're not going to shout any mondegreens when you're the loudest guy in your section belting out a mostly inscrutable Hold Steady song.

2. Avoiding inadvertent racism. Opening bands are hard to hear, especially if they play harder and faster than the headliner; if you're lucky you might hear a guitar melody and some neat drum fills. And what sounds great as an undifferentiated, roaring mess could embarrass you the next day when you share that punk band's studio version of "Give Jewland Back to the Jewish" on your friend's Timeline.

The internet is filled with clandestine gossip about rock stars. Before you hit on the lead singer after the show, make sure there isn't a Geocities website in Tokyo/Ginza about him being a sex vampire. 4. Discreetly record bootlegs for lasting YouTube respect. Holding your phone up is a less-than-ideal way of recording shows; you're very obviously breaking what is probably a venue rule, and--more importantly--you're keeping yourself from enjoying the show in real time.

4a. Discreetly send gloating text messages and video. More importantly still, when you want to make a friend of yours jealous by sending the usual "I'M AT THE SHOW IT'S GREAT I'M TEXTING IN ALL-CAPS BECAUSE IT'S REALLY LOUD" MMS, you'll be able to do it without interfering with that limp-armed, rag-dolled indie-folk-rock dance you're probably doing.

5. Plausible deniability. Things get heated and emotional at concerts. You're there to see your favorite band sing the song that got you through high school/caused you to fall in love/was playing when you rolled your Beretta into a ditch. You might be a little tipsy. I get it. Google gets it.

With Google Glasses, the next time you try to hit on that lovely fan of your favorite band right before you see her engagement ring, you can pull a misdirection that would make even the most veteran bluetooth-headset-wearer jealous.

"Oh, sorry, not you--I was asking WolframAlpha if it hurt when my sunglasses fell down from heaven. Turns out it didn't. On account of their mass."