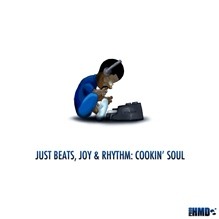 Bishop's free 10-song release Just Beats, Joy, & Rhythm: Cookin' Soul was made available in late March on his Bandcamp page. The album's title is a play on Bishop's moniker, as well as a reference to the types of beats used.

In a telephone interview, Bishop says he was cajoled into making the record by James "Bell Boi" Burrell and Trifeckta. Burrell created the cover art, a modified version of Schroeder from Peanuts.

Some of the songs on the album have a similar disposition, Bishop says, to artists such as Pete Rock and A Tribe Called Quest. "I took my inspiration, put my little spin on it - but still kept that same type of feel," he says.

Thus far, Bishop says he's been receiving good vibes in the relatively short time Just Beats, Joy, & Rhythm: Cookin' Soul has been available. Songs that he says that have received an especially good response are "I Choose You" and "Like a Feeling." "I Choose You," he says, includes a sample from "Don't Fight The Feeling" by Enchantment.

"Everyone loves something on that whole album," says Bishop, adding that he's heard positive feedback on Facebook and Twitter. "Even if it's something that they heard before or something they never heard before, there's definitely [something] on every track on there."

Bishop made waves last year when he emerged as the S.LU.M. Fest Beat Battle Champion. As RFT reporter Albert Samaha noted in an article last year, rappers such as KD The Assassin, Sadat X and HearzKra-Z have utilized Bishop's beats.

Bishop - who notes that more beat tapes could be released this summer - says that he's received inquiries from local rappers to use some of the tracks on Just Beats, Joy, & Rhythm: Cookin' Soul. Bishop says he's fine with that, as long as he get credit.