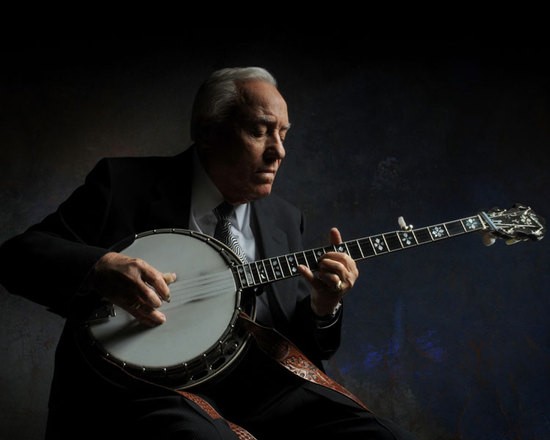 That high lonesome sound is resonating through the hollers today as Bluegrass music lovers and banjo enthusiasts alike are mourning the death of Earl Scruggs.

A musical innovator in the truest sense of the word, Scruggs died from natural causes at a Nashville area hospital. He was 88.

As a professional banjo player, Scruggs performed for audiences over seven decades. At 21, he was asked by bluegrass legend Bill Monroe to join the original incarnation of his band, the Blue Grass Boys. Scruggs employed a three finger banjo style - played with picks on his thumb, index and middle fingers - that the audiences of the Grand Ole Opry took a shine to immediately. The banjo licks that he developed are now standard fare for new players and his banjo instruction manual, Earl Scruggs and the 5-String Banjo (1968), helped popularize the instrument and the bluegrass genre to a younger, more urban generation.

In 1948, just three years after joining Monroe, Scruggs and guitarist Lester Flatt set out on their own, starting a musical partnership that lasted for the next twenty years with the group the Foggy Mountain Boys. In 1949, the new group had their first hit with "Foggy Mountain Breakdown," a tune set a breakneck speed that thrilled listeners and later became a hit again and won them a Grammy when it was featured in a chase scene of the 1967 movie Bonnie and Clyde.

As with most people of my generation, my experience with Scruggs' music came via reruns on television during the 1980s. During my school years, I spent summer days at my grandparents' house in Granite City as my parents worked. As my grandmother watched soap operas in the other room, I sat in the kitchen and flipped through the seven stations available on broadcast television to find anything else. Rather than judge shows and talk shows where people find out who their baby daddy is, KPLR channel 11 and KDNL channel 30 were filled with reruns from the '50s, '60s and '70s during the middle of the day. One of the shows that caught my attention was The Beverly Hillbillies. With a catchy toe-tapping beat and lyrics that get immediately get stuck in your brain, "The Ballad of Jed Clampett" stands out as one of the best television theme songs ever. Written by writer / producer Paul Henning and performed by Flatt and Scruggs, the song became the only number 1 hit for the group on the country charts in 1963 when they re-recorded a longer version with Flatt singing. In fact, banjo virtuoso Béla Fleck found his first interest in the banjo after hearing the theme song on television. During the show's nine year run Flatt and Scruggs made several appearances, even introducing a follow up the theme song, the even cornier "Pearl, Pearl, Pearl," about trying to win the love of Jethro Bodine's mother.

Scruggs progressive musical style eventually led to a split with his longtime partner Flatt in 1969. A traditionalist, Flatt resented Scruggs for introducing the music of Bob Dylan and the Lovin' Spoonful into their repertoire even though those aforementioned performers were rooted in the music of an earlier era.

Always on the look for a challenge, Scruggs started a new group, the Earl Scruggs Revue, and began playing the bluegrass festival circuit and continuing to influence future musicians. He continued to play and record into his later years along side many of country music artists always willing to lend a hand and pick a few bars.