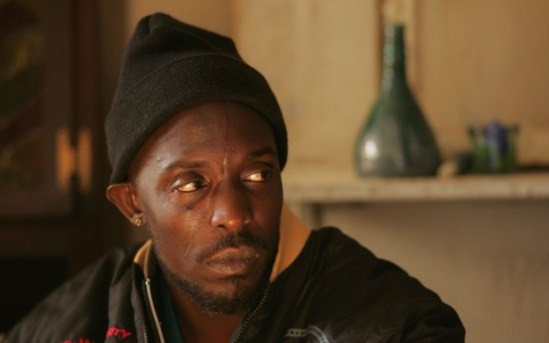 Biographical films of rappers run the gamut from being borderline-spectacular (Get Rich or Die Tryin') to disappointing (Notorious). But a film about the Wu Tang Clan's Ol' Dirty Bastard is thus far moving in a positive - and surreal - direction.

Entertainment Weekly reported last week that casting began on a film focusing on Ol' Dirty Bastard's unlikely partnership with a 22-year-old production assistant. O.D.B. - whose real name was Russell Jones - died of a drug overdose in 2004.

And the article goes onto say that Michael K. Williams - who rocketed to fame playing Omar Little on the seminal HBO series The Wire - was tabbed to play O.D.B. in the film.

Williams' portrayal of Omar Little - a stick-up man with a peculiar moral compass - was one of the primary reasons for The Wire's success during the 2000s. Omar even won the endorsement from Barack Obama, who called Omar his favorite character on the show.

Williams has won acclaim more recently for his role on Boardwalk Empire, a HBO series that the documents the rollicking normalcy of the Prohibition era.

While there are living and deceased rappers who could be suitable subjects for a film, it's without dispute that O.D.B.'s life was twisted enough for the big screen treatment. Although he wasn't as technically sound as other members of the Staten Island rap cooperative, O.D.B.'s erratic and fantastical rhymes, zany antics and troubled personal life captivated the popular music world throughout the 1990s and 2000s. As if Williams' casting wasn't enough to get stoked about the film, EW reported that the movie's plot is a departure from a typical life-and-times look at a musician:

The movie is based on the final years of ODB's life -- a true story that is nonetheless stranger than fiction. Titled Dirty White Boy, the film focuses on the offbeat friendship between the Wu-Tang Clan co-founder and Jarred Weisfeld, a 22-year-old VH1 production assistant who through a lot of hustle (and the occasional lie) talked his way into becoming the rapper's manager when Jones was serving a three-year stint in prison in the early 2000s.

Despite Weisfeld's inexperience, and having a client whose talent was undermined by addiction and mental illness, the novice manager engineered an unlikely comeback -- only to have it cut short by the star's fatal drug overdose in 2004 at age 35.

So needless to say, there's plenty to be excited about with Dirty White Boy. Even though the film takes place in the 2000s, moviegoers can only hope that there's a recreation of when O.D.B. interrupted Shawn Colvin during the 1998 Grammy Awards:

If that happens, watch out Avatar