There is a Wu-Tang-Inspired Farmville Game 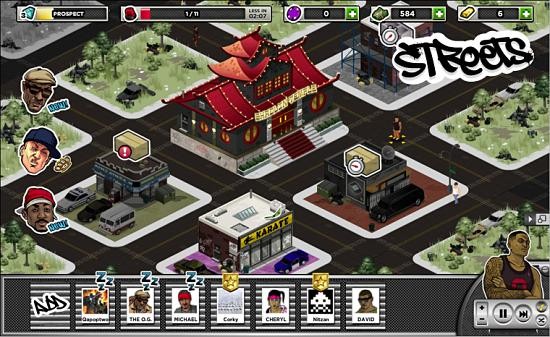 Earlier this month we told you about Juggalobook, the newly-launched social media hub where fat white trash with soaked-in-facepaint brain damage and undrinkable generic soda for blood Juggalos and Juggalettes can meet and discuss things like the proper wielding of hatchets, "neden" and just how it is those goddamned blasted confusing magnets really work. Hypothetical example:

Juggalo 1: You know, I don't think it's really magic. Today my science teacher said-- Juggalo 2: Science?! You poser! Juggalo 1 again: BRB, I accidentally touched my face and now I have black paint all over the keyboard; my mom's gonna kill me!

Ever the marketing whores entrepenuers, Violent Jay and Shaggy 2 Dope have taken an existing social media success story and applied their own brand to it, likely with very lucrative results. Now the Godfathers of outside-the-box hip-hop merchandising, The Wu-Tang Clan, are throwing their hat in the social media ring with a Wu-Tang inspired version of the popular online game Farmville.

OMGPOP, creators of the popular pictionary-by-email online game "Draw Something" is working on the project, which will be entitled "The Street". CEO Dan Porter assures us that it will be "the realist game ever on Facebook". It is also said in this article that the game will actually star Wu-Tang members, though it is unclear as to what that means, exactly, as in whether members of the Clan will be lending voice work or merely drawn as playable characters in the game. It's likely the latter, but if they are doing voice work, what's it gonna be for -- the animals? I get the feeling that Ghostface could do a hilarious pig impression, and I don't even know why. Either way, The Street is set to launch on Facebook next week. God help us all when the game is made compatible with ICP's site -- the rugged e-farms of cyber-Shaolin will be hard-pressed to survive the ensuing Faygo Floods.