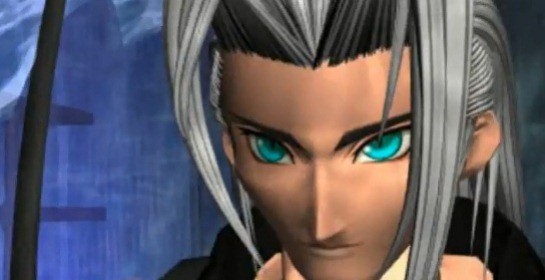 Final Fantasy IV was merely a collection of sprites shoved into a 16-bit cartridge. But under the simple exterior was a revolution, a game that helped make the Final Fantasy saga the most dominant role playing game series in the world.

Today's beard-stroking gamers possibly encountered RPGs through Final Fantasy IV, the series' debut on Super Nintendo system. It was groundbreaking - few other RPGs at the time had constructed a vivid story and well-rounded characters. But from a sweeping theme introducing the "Red Wings" to an illustrious score detailing a final battle with Zeromus, Nobuo Uematsu's elegant music was unmistakable. The Japanese native has been Square's music man for several decades, establishing himself as one of video game world's most masterful composers.

Luckily for local gamers, Uematsu and the St. Louis Symphony are delivering some favorites from the Final Fantasy series in a live setting. Distant Worlds: The Music of Final Fantasy will begin a two-night stint Friday at Powell Hall (718 N. Grand Blvd., 314-534-1700).

The show is slated to feature Susan Calloway, a singer who's been utilized in more recent iterations of the game. Uematsu and Guest Conductor Arnie Roth are also expected to perform solos on "Dark World" from Final Fantasy VI.

The RPGs typically have striking music, for practical reasons. With hours and hours of gameplay at a gamer's disposal, compositions often get indented into a player's memory. Getting through the final level on Final Fantasy IV, for example, takes on average one to two weeks to complete. And a bad musical composition is a great way for a gamer to stop playing.

The series' music often highlighted exceptionally well-crafted plot twists. When Sephiroth killed Aerith in Final Fantasy VII, the musical score made the moment especially gripping. And even though Final Fantasy VI is - like Final Fantasy IV - a Super NES game, its opera scene is to this day a seminal moment in video game history.

For those who've gotten teared up during Final Fantasy's emotional moments, the Powell Hall performances should bring back memories of epic adventures across fantastical worlds. And yes, Final Fantasy IV will be represented well with the inclusion of the haunting "Theme of Love."

Click here for information about the show's setlist and ticket information.