The Six Best (And Six Worst) Band Names at SXSW 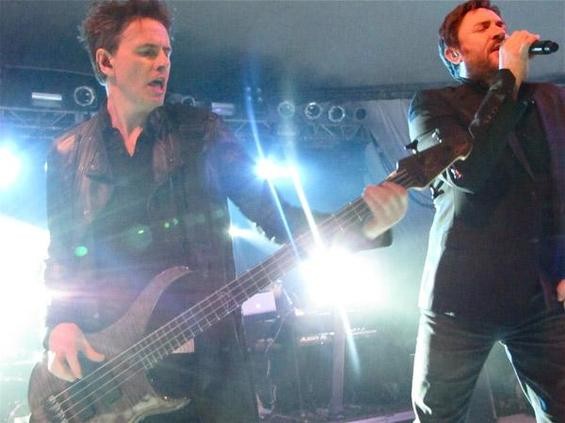 If you turned on the Internet recently, you may have seen that South By Southwest is this week. The highlight of the annual Austin, Texas, festival is seeing great bands and discovering new favorites. Inversely, many of the thousands of artists who cram into the state capital are horrible. With good and bad bands comes good and bad band names. Here are the six best and six worst band names at this year's South By Southwest conference.

6: Andy Suzuki and the Method Orchestra geek to the max.

5: Expensive Shit "Fuck" names were all the rage a few years back, and this might be ahead of the curve on the "shit" bandwagon. There's an oxymoron in there, and it's a Fela Kuti reference, so this shit has cred.

4: New Roman Times This is a hit for history buffs and font nerds alike. It sounds like a newspaper that would have been carved daily. It would probably have "Haggar The Horrible."

3: Gay Witch Abortion It doesn't roll off the tongue very well, but it is so over the top that it is commendable. It's like the top three fears of the Republican party.

2: Apache Dropout There are tons on "Indian" names these days, so it can be hard to distinguish. Apache Dropout is more specific, more contradictory, and just funny enough to not get old. Bravo.

1: Library Voices It's cute, it's nostalgic, and it's polite. These things are hard to come by effectively; face it, we've all just given up and gotten used to Someone Still Loves You Boris Yeltsin. Library Voices sounds like a band that wants to be liked and that you want to like. It sounds like a band that would leave a nice note after staying at your house after a show. South By Southwest is a loud, intensive experience with countless people shouting the different incarnations of "look at me!" Library Voices sticks out by keeping it down.

5: The Curious Mystery This is the kind of name you pick in middle school for your imaginary band with the kid who owns a drum set and the only girl in your class who will talk to you as lead singer.

4: How I Quit Crack This band is labeled as "experimental," so you can see where the irony shock value is coming from. However, it's weak, doesn't sound cool, and crack is a poor choice of drug. Crack jokes always sound like they're coming from somebody who has no experience with drugs of any sort. There's a band called Meth Mouth, which is a much better name.

3: Gay Witch Abortion It doesn't roll off the tongue very well, and like "How I Quit Crack," it tries too hard to be offensive.

2: 3 Dudes And A Mullet Blue Collar Comedy: The Band. Is the mullet a fourth member, or do all three share one enormous one?

1: Chunk! No, Captain Chunk! This name has been floating around the Warped Tour-ish circuit for some time now. It reeks of inside joke, and there's no way the band can sound cool announcing itself. The word "Chunk" should never appear in a band name more than once (see: Superchunk). Unfortunately, the operative word in this band name is the second one: No.