Out Every Night: The Best Shows Each Day From March 12 to 18

No time to breathe after last week; March is a good month for music lovers in St. Louis this year and the hits just keep on coming. This week Cleveland's punishing hardcore powerhouse Ringwom will play Heartbreakers Rock-n-Roll Saloon on Tuesday; on Thursday the Firebird brings us the Smoking Popes. American Idol songstress Kelly Clarkson comes to the Fox Theatre on Friday -- the same day independent radio station KDHX is sponsoring a Tom Waits Tribute concert with several local artists. Considering the diametric opposition of the nature of these two shows (independent radio and American Idol™®©), it seems doubtful that there'll be much attendee crossover or conflicted fans that night. More shows for this week follow:

Cheap Girls Mon., March 12, 8:00pm @ The Firebird - $10 By Michael Dauphin ​There's something about guitar-based, pop-oriented rock music that has allowed it to stand the test of time. Big Star, Cheap Trick, the Replacements, the Lemonheads, Gin Blossoms, Superchunk... the list goes on and on. None of these acts felt obligated to rely on over-the-top instrumentation or bells and whistles. All, however, remained true to crafting infectious melodies coupled with sharp guitars and big hooks. Lansing, Michigan's Cheap Girls has taken a cue from all the above and managed to churn out its own blend of punchy pop, supplemented with '90s guitar buzz and witty-as-hell lyrics. W/ The Sidekicks, Luther, Black for a Second, The Haddonfields

Galactic Wed.., March 14, 8:00pm @ The Pageant - $25 By Christian Schaeffer If you wanted to, you could sub-divide New Orleans' musical styles endlessly, from Meters-esque funk to second-line struts to swampy blues-rock. It's easier, though, to turn on a Galactic record and hear all the influences of that city's rhythm and sway in one place. 2010's Ya-Ka May was paid tribute to Crescent City icons and up-and-comers, and the just-released Carnivale Electricos takes that idea to further outposts of Louisiana music. The instrumental funk quintet is joined on record by No Limit soldier Mystikal, Cajun accordion maestro Steve Riley and Rebirth Brass Band trombonist Corey Henry, who will appear at this week's concert.

The Smoking Popes Thurs. March 15, 9:00pm @ The Firebird - $10-12 By Michael Dauphin From this 2011 review: The term pop-punk had an entirely different meaning fifteen or so years ago. Back then, bands like Jawbreaker, The Descendents, Green Day and Screeching Weasel embodied the angsty sneer associated with punk music, but they all leaned on more poignant and desperate aspects of love. More recently, the term has taken on a more insincere, prepackaged slant. It's almost as if haircuts and skin-tight clothes help identify the tired, recycled sound. The Smoking Popes helped define that sound back when it was actually about sound, and it continues to hone in on all the genre's original lovable nuances within its trademark power-pop, lounge punk blend. Last night at the Firebird, Josh Carterer's serene croon sounded as delicate as ever; fractured and helpless in the most endearing way. Crowd favorites like "Rubella" and "No More Smiles" exemplified these elements, as did newer gems "Wish We Were" and "Punk Band." His acoustic take on "Megan" from the band's defining album, Destination Failure, was heartfelt and novel, but it lost some muster without the help of the other two Carterer brothers, Eli and Matt, and the spot-on drumming of Neil Hennessy.

Clank, Boom and Steam! A Tribute to Tom Waits Fri., March 16, 8:00pm @ Off Broadway - $10-13 By Kiernan Maletsky ​When last we heard from Dave Anderson, he was at the helm of last November's love letter in show form to Harry Nilsson. From golden voice to gravel: He returns with a tribute to Tom Waits. On hand to render the dark bard's tales is a fittingly motley assortment of south city talent and a few friends in the form of Magic City, Demon Lover, Ransom Note, Peck of Dirt, Tenement Ruth, Dock Ellis, Tommy Halloran, Fred Friction, Johnny Vegas, De Los Muertos, Royal Smokestacks and Dubb Nubb. Expect the feeling to be just right. Vocal Exercises: Gargle nails, scream for an hour, take shots of something brown. You've heard it all before. ​ 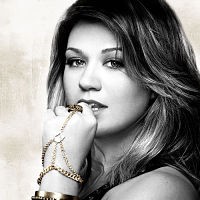 Kelly Clarkson Fri., March 16, 8:00pm @ Fox Theatre - $32.50 - $59.50 By Daniel Hill American Idol's biggest success story -- pop songstress Kelly Clarkson -- will be playing at the Fabulous Fox Theatre March 16th, in support of her latest album, Stronger. The album's lead single "Mr. Know It All" debuted at number eighteen on the Billboard Hot 100, marking her highest debut since 2007. Fans should expect a big, theatrical show featuring all of the starlet's hits. Matt Nathanson will open the show.

Steve Ewing St. Patrick's Day Show Sat., March 17, 9:00pm @ Kirkwood Station Brewing Company - $5 By Josh Levi Local gourmet hot-dog entrepreneur Steve Ewing is no stranger to the St. Louis music scene. His dedication and passion can be seen in his true love for music, stemming from his salad days fronting the high-energy ska/rock outfit, the Urge. Ewing's range of vocal talent can clearly be heard in his ability to lull audiences, whether it be crooning with a soothing speak-sing soul or belting out his trademark rock & roll bellows. Backed by a bevy of equally excited music lovers, the Steve Ewing Band never shies away from a gig, expounding a harmonious union of song with each performance. Concertgoers will be delighted to know the Ewing Band plays a variety of covers as well as originals to Urge favorites, always letting Ewing's notorious hypeman instincts shine through.

The Union Electric, Jackhead Sat. March 17, 9:00pm @ The Tap Room - free By Daniel Hill This Facebook invite -- sent out by the Union Electric -- seemingly in an attempt to leave the word "Patrick" out of its description of the St. Paddy's Day show, prefers instead to refer to the holiday as "St. Tap Room Day", "Green Beer Day" and "Green Day" -- the third of which briefly had us scratching our heads in confusion here at RFT Music. The line that reads, "UE and Jackhead will be playing Green Day at the Tap Room," had us particularly puzzled / excited, anticipating a damn interesting cover-band tribute situation. While this isn't the case, the free local show will still be a great place to wind down (or start up, for the night owls) this year's St. Green Day celebration.

Hayes Carll Sun. March 18, 8:00pm @ The Sheldon - $17 to $20 By Roy Kasten Raised outside Houston, tutored by Ray Wylie Hubbard and now one of the most reliable of the unwashed, uncouth but undeniably talented post-Jerry Jeff Walker singer-songwriters, Hayes Carll has built a career the honky-tonk troubadour way. He tours doggedly and writes songs born from the hillbilly highway, songs full of Texas swing and one-night stands (even when falling down), blasphemous songs about Jesus (who stole his girl) and tirades about the Afghan war ("KMAG YOYO," a.k.a. "Kiss My Ass Goodbye, You're On Your Own"). His heart may leave him in the wrong places, but his love songs ("Beaumont" especially) are beginning to stand the test of time. Recommended Cocktail Pairing: Four Roses and water or whatever furniture polish is at hand, backed by a Corona, hold the lime. Carll's wit is acidic enough.