The Schedule for the Missouri Botanical Garden's 2012 Whitaker Music Festival 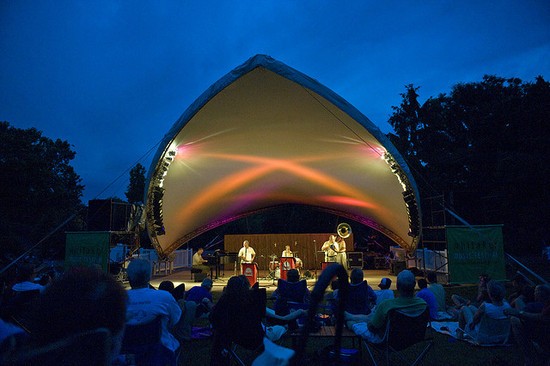 If there is a better summer date night in St. Louis than the Whitaker Music Festival, we don't know about it. The series, held on the grounds of the Missouri Botanical Garden (4344 Shaw Boulevard, 314-577-9400), has just announced its 2012 lineup. It is once again dense with excellent local talent: Marquise Knox, Teresajenee, Hamiet Bluiett and Ryan Spearman, to name a few. The full schedule, which includes shows on every Wednesday from May 30 to July 25, is below.

Admission is free after 5 p.m. Music starts at 7:30, and they stop letting people in at 9. Get there early if you want to get anywhere near the stage, but the garden's PA system extends well into the surrounding fields and walkways. Picnics are encouraged -- you can pack your own or buy the materials inside.

June 13: Miss Jubilee and the Humdingers

July 25: Aaron Kamm and the One Drops