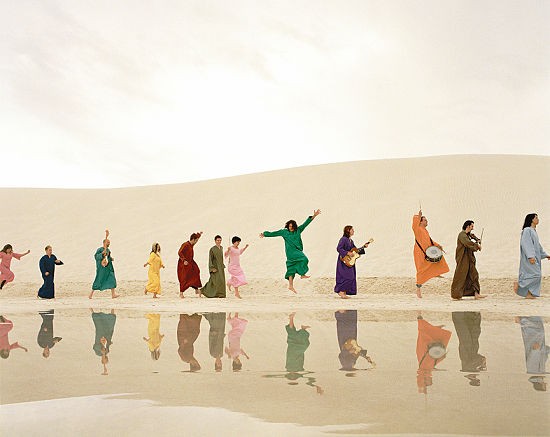 Wait, what? The Polyphonic Spree, that army of joy-pop purveyors, played the Pageant the last time it was in town. Also announced in this recent batch of tour dates is a stop the day before this at the relatively Pageant-sized Blue Note in Columbia. Band leader Tim DeLaughter has a way of making every venue feel like a friend's basement, but this will be something special nonetheless. We don't recommend waiting around on those tickets.

The Spree hasn't released any albums since 2007's The Fragile Army, though it's done some soundtrack work and, starting last year, has been putting out one song at a time through unconventional means through its own Good Records Recordings.

What would you do? from Ben Rowe on Vimeo.