The Ten Best Shows this Weekend: March 2 to 4 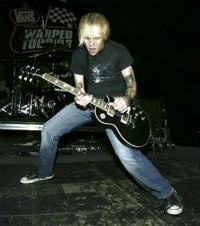 It's an eclectic mix of offerings we have for you this weekend, ranging from the sold-out-every-venue-in-the-eighties variety to the soon-to-be-selling-records local release types. Friday Barry Manilow and Eddie Money clash for dominance of St. Louis's 106.5 the Arch radio-listening demographic, playing shows at seperate venues instead of uniting into what we think could be a pretty epic collaboration. Saturday brings us two record release shows: Outlaw country / rockabilly locals The Reebs' CD release at Heavy Anchor, and local hip-hop Legend C4mp's new mixtape at the Gramophone. On Sunday pop-punk fans will find pop-punk things to do, as both the Ataris and Green Day's American Idiot: The Opera will be in town. More after the break:

The cast of American Idiot performing songs from the show. Saturday & Sunday @ The Peabody Opera House.