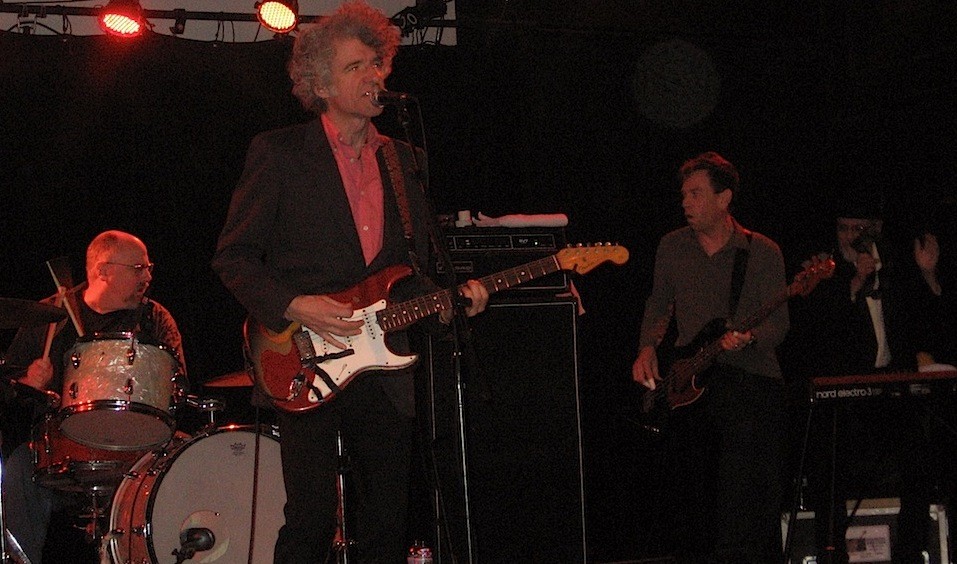 It's tempting to lament the Del Fuegos as one of the Bands That Never Made It. Indeed, after an compelling start, it was this Boston band's fate to become sucked into the 1980s record-biz machinery. Pre-Nevermind, a major label contract was often a kiss of death: any group that took that giant step risked unsympathetic producers, generic artwork, embarrassing promotion, and eventually a fractious disbanding. All of this happened to the Fuegos before their 1993 breakup.

But theirs is not a sordid Behind The Music tale. In fact, all the ex-Fuegos have thrived. Lead singer/guitarist Dan Zanes has had a prosperous second career performing music for children and their clued-in parents. Brother Warren Zanes has also released solo albums, and has worked as a music educator for the Rock & Roll Hall of Fame and Rock & Roll Forever Foundation. Drummer Woody Giessmann runs Right Turn, an agency for creative people with substance abuse issues, and bassist Tom Lloyd holds a Ph.D. in Environmental Engineering.

Given the members' busy lives and careers, it was a surprise to hear that they were reuniting. But after performing last summer at a Right Turn benefit concert, the four members stayed together, made a new record (the eight-song Silver Star), and plotted a ten-date tour through the East Coast and Midwest. At the Old Rock House last night, they performed an extended, satisfying set before a comfortably filled house of fans and old friends.

"We may be an oldies band, but you're an oldies audience," Dan Zanes gently jibed the crowd. "But we're only going to play a 90 percent oldies set." Indeed, the new songs fit in well along such chestnuts as "I Always Call Her Back," "Don't Run Wild" and "I Still Want You." The band played together almost telepathically - you'd never have guessed it had been two decades - and the Zanes brothers engaged in some good-natured verbal sparring. Dan, in particular, seemed relaxed and happy to be there. His mid-set acoustic cover of Willie Dixon's "You Can't Judge A Book By The Cover" recalled the lower-volume nature of his children's performances with Dan Zanes & Friends. Still, it must have been fun for him to play loud guitar in a bar for a change.

The St. Louis audience responded admirably to this good-natured and involving performance. "This is the first time on this tour that people have started dancing before we begged them," Dan acknowledged. In between songs, he reminisced about his prior St. Louis experiences, many of which revolved around a search for deep-fried pig snoots. Shout-outs were given to Beatle Bob, a guy that put them up once in Kansas, and a litany of St. Louis music legends. The encore included not only an obligatory Chuck Berry cover ("No Particular Place to Go") but Ann Peebles' "Slipped, Tripped and Fell In Love."

Before the second encore, Dan noted that this reunion allowed not only the band members to connect with each other, but to connect with the audiences that supported them way back when. Judging by last night's set, both missions seem to have been accomplished. Here's hoping the four band members will continue to take time out of their busy lives - at least once in awhile - to be the Del Fuegos.

Notes and setlist on the next page. Critic's Notebook: I wanted to end this review with something like "OK, folks, it's time to forgive them for that silly Miller Beer commercial they did back in the '80s." But given that their official MySpace URL is "www.myspace.com/itsforfolks," they've clearly not spent much time worrying about it.