How Beatlemania Extended to a Southern Illinois Town 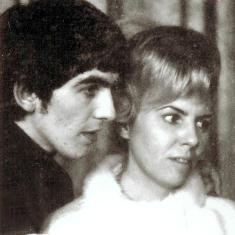 Beatlemania is arguably the most expansive musical frenzy in modern history, so it's not surprising that places big and small would try to latch on to every bit of the Fab Four's legacy.

But it may be a revelation to some that the mania extended to Benton, Illinois, a smallish town located in the Land of Lincoln's nether regions. George Harrison spent a small part of 1963 visiting his sister, who had moved to America after marrying a mining engineer. George stayed at Louise Harrison's 113 McCann Street bungalow for a short time before jettisoning off into rock immortality.

Yet Benton's small place in the Beatles' rise to superstardom was almost wiped out. The state of Illinois had purchased the home in order make way for an office building parking lot. And on this day in 1995, the St. Louis Post-Dispatch reported that an effort to save the home had faltered. An article from the paper stated that Louise Harrison had "lost hope" of collecting enough donations by a deadline, making the home's destruction imminent.

Things turned around relatively quickly. Three couples eventually pooled enough money together to save the house from doom. But while the structure itself was the physical relic of the Beatles connection, there was more to the story.

The Post-Dispatch in 1997 interviewed Bob Bartel about Benton's important place in Beatles history. The town, according to Bartel, wasn't just Harrison's crash pad. It was one of the first places in America that experienced The Beatles:

"George spent 18 days in Benton," says Bartel, a middle-aged guy who wears tinted glasses and drives a cab. "While he was there, he played at a VFW dance with a local band, he bought a guitar, he went camping with the family."

Just a normal visit to your older sister, right?

"Remember, at this time the Beatles were huge in England, and early that summer, George's mom sent Lou the Beatles' latest single, 'From Me to You,' Bartel explains. "And Lou acted as the Beatles advance person, taking their record to local stations to get it played." She decided to take it to WFRX-AM, in West Frankfort, Ill.

WFRX was a typical middle-of-the-road station, but it did have a show that played youth-oriented music. The disc jockey of the show, Marcia Raubach, was just a high-school girl (her father owned the station). So, in June 1963, for the very first time anywhere in the United States, Marcia cued up the Beatles, and "From Me to You" went over the air in Southern Illinois. Bartel believes Marcia should be in the Rock and Roll Hall of Fame, right alongside Murray the K.

For what it's worth, Louise Harrison told Gary James that her brother had an "fantastic" time in Benton.

By the way, Harrison isn't the only famous person connected to to the town. Actor John Malkovich - who was born in Christopher, Illinois - grew up in Benton.

Local History This Day In History