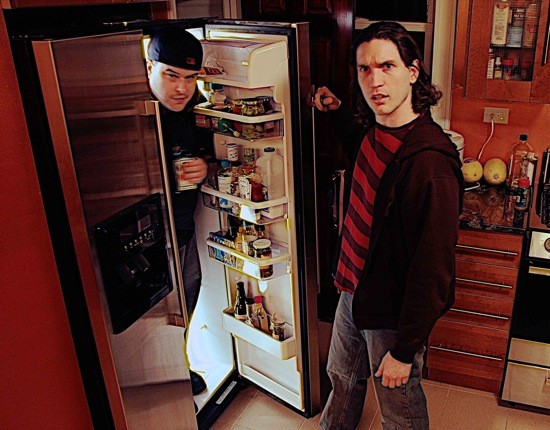 At RFT Music, we know that deciding on a band name is not easy. We're here to help. For our new series Name This Band, we've invited local musicans to answer some questions about their startup groups. Using this information, we will suggest three names. You can vote on your favorite in the comments or suggest your own, and the winning moniker absolutely, positively has to be the band's new name*.

Our first candidates are Steve Prane and Adam Retherford. Their alt-rock outfit Thronechild disbanded a few months ago, and now they are going solo -- or duo, rather. Guitarist Prane and bassist Retherford have been writing music with programmed drums, keys, and samples, all of which will be incorporated into the band's live shows.

For this project, the pair cites Primus and Soundgarden as specific musical influences and gathers broad inspiration from classic hip hop, blues, and acoustic folk. The Toadies, Nine Inch Nails, and Rage Against The Machine were also named as lyrical influences.

Prane describes the band as "Grunge in a street fight with hip-hop back when it was called rap. Meanwhile, a folk guitar was walking by and jumped in to back up his boys in grunge. Then, the fight got caught on tape and edited down to fit the nightly news. That's our sound."

We asked Prane to list three band name deal-breakers to avoid: -No names that sound like a church hymn, like New Found Glory or The Sun Rises -No names that are morbid, like ...And You Will Know Us By The Trail Of Dead -No names that have a lot of hits on Google when you search so we can cut through the clutter

With this information and our profound skills, here are our recommendations:

So what's it going to be, folks? Vote below.

If you have any different or better ideas, leave your suggestions in the comments. If you are in a band looking for a name, contact Ryan Wasoba, and we will do our best to name your band.

What's In a Name