Illegal Tone Recordings, subject of this week's music feature, helped foster an age of Do-It-Yourself artists in the city of Belleville, Illinois. Its reach extended across the river, often providing a stage to many St. Louis based performers. On January 31 ITR will be ending a tenure that lasted more than four years, shutting its doors for good.

Since 2007 the management has worked with a great variety of local bands as well as touring artists. Erik Wolfe, Josh Jenkins and Andy Peterson were among the most involved, and they have agreed to impart valuable tips to working musicians. This advice sports an advocacy for do-it-yourself ethics while providing guidance on common courtesy in any music scene. 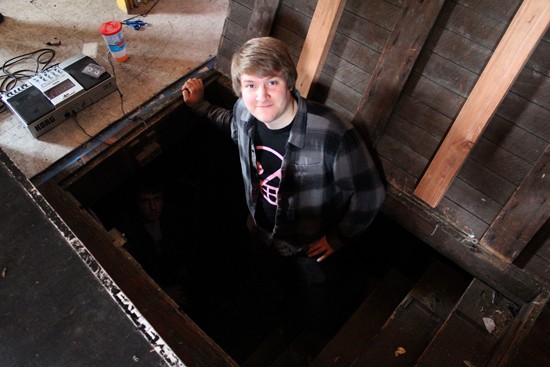 1. Be nice.  Don't blame everything on the venue.  If the show doesn't have a big turnout, that's everyone's fault, so take some responsibility.

2. Bands should not walk in ten minutes before they are supposed to play, but if a band doesn't know when they are playing, they should either contact whoever is booking the show and find out, or show up 30 minutes before doors open to figure out the order.

3. If your band has to drop off the show, then tell someone. The quickest way to never be booked again at that venue is to drop off a show and not tell anyone. We've never been mad at a band who called me and told me the day of the show that they couldn't play. Things come up, and of course it's frustrating, but we never held it against anyone - not the first time anyway.

4. Bands shouldn't let their egos get the best of them. If you act like a jerk, you won't be invited back and you won't "headline."  Oh, and there are no "headliners" with local shows. We gave order preference to whoever confirmed first, but after that we usually threw the order together based on genres, shared band members, someone working an odd shift, bands sharing equipment, or something else of that sort.

5. Don't be a idiot. Always remember that Fender Jaguar you're thinking about smashing cost someone money at some point.

6. Cut out bullcrock and never be involved with anything under the banner of a sleazoid production company.

7. If you don't like the way things are happening, make things happen yourself. It's as easy as opening up a phone-book and looking for the numbers of any place that would seem like it has a reasonable open area where a band and people could fit. Party hall? Sure. Pizza place? Why not! It's a simple process that anyone should be able to do.

8. Just have as much fun as you can. Some shows will turn out better than others, but as long as you make the most out of it, you can't go wrong. If it's something you enjoy, the money shouldn't matter. Times can sometimes be rough, don't let that get you down.

The final performance at Illegal Tone Recordings is on Tuesday, January 31. The event is free and begins at 7 PM. The line up includes The Vanilla Beans, Dem Scientist, Super Fun Yeah Yeah Rocketship, French Fry Guys, Spastic Plastic and Oh No You Didn't!