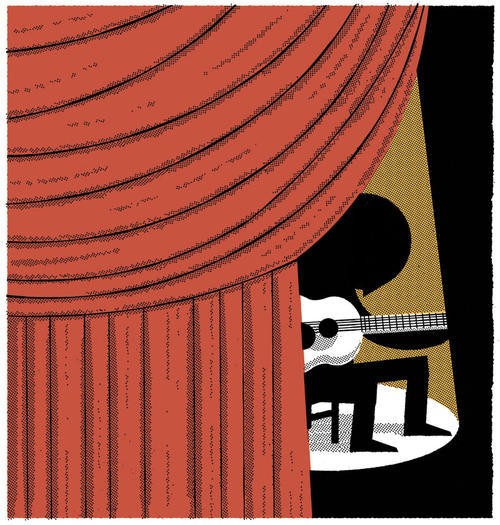 Neutral Milk Hotel's Jeff Mangum launches his first national tour since 1998 today. Unfortunately, none of the shows are in St. Louis -- he'll play a pair at the Athenaeum Theater in Chicago on February 6 and 7. Still, his resurrection has not gone unnoticed in these parts. In this week's feature, Mike Appelstein interviews attendees and fellow performers from NMH's three St. Louis shows and one in Columbia.

The biggest takeaway from the feature is how much of the band's legacy was formed post-mortem. Those who were there saw good shows but not levitations into the face of God. Much of the detail recounted has to do with logistics or even the other bands on the bill. Says Korry Keeker, formerly of KCOU (88.1 FM) in Columbia, "I guess I always think of him more as an awkward, ramshackle twee-hobo who had an extended passage of clarity in which he made his bizarre characters somehow universal and resonant."

Note: If anyone has or can find video of any of the St. Louis shows, please let us know in the comments.