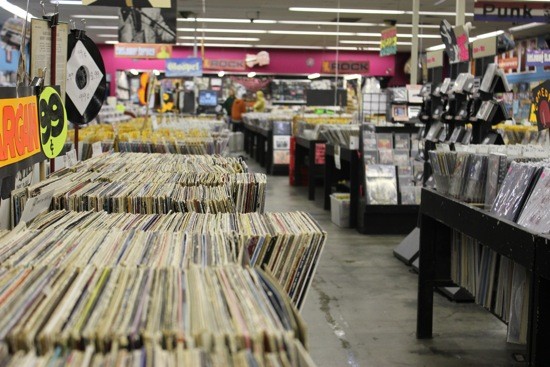 After a vicious late night thunderstorm and 3 a.m. tornado siren wake-up call, many people are moving a bit slowly in St. Louis today. Vintage Vinyl (6610 Delmar Boulevard, 314-721-4096) employees, though, had more than lack of sleep to contend with this morning: The storm water broke a coupling in one of the store's drainage pipes, causing the rainwater to stream onto the record store's floor. Store Director Leon Reed says about a quarter inch of water was standing on the floor this morning. They closed the store and have spent the day getting rid of the water, and they'll be open for business around 4:30 or 5:00 p.m. If you're headed there soon, it's a good idea to call and make sure the store's back in business.

Because the water came flowing into the store from the ground, Vintage Vinyl's stock was mostly untouched. A few 45s and some cheaper vinyl stored on the floor will have to be discarded. 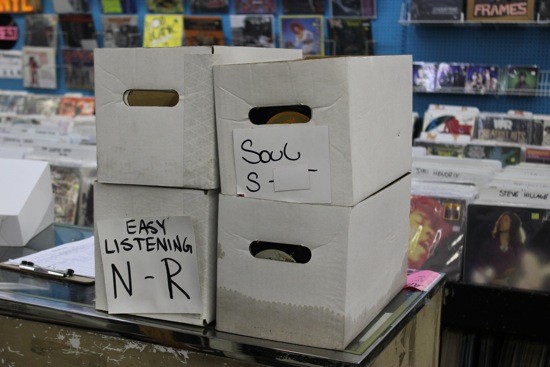 The roof of the record store used to leak straight onto the floor during big storms, but a repair in the last few years has stopped that particular problem.

Right now, there are industrial blowers and smaller fans set up around the store to prevent mildew. The few remaining patches of water will be gone any minute now and the air inside the store is nothing more than humid. The staff won't be done going through the affected records until tomorrow morning, but it's a safe bet that you won't miss whatever winds up in the trash heap. 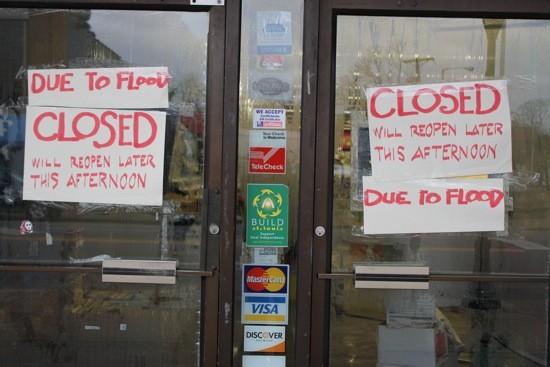