Van Halen Has No Confirmed Shows at the Scottrade Center, Despite Reports Otherwise 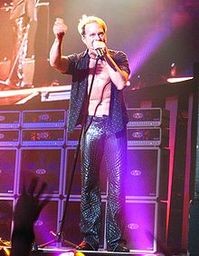 Van Halen fans disappointed the band's spring 2012 tour did not include a St. Louis stop saw a glimmer of hope this morning when Ticketmaster posted information about an April 29th date at the Scottrade Center and the Post-Dispatch reported the show.

But there was cause for skepticism -- no mention of the show in anywhere through the band or the venue. We contacted the Scottrade Center, and a representative has verified that there is currently no Van Halen shows confirmed at the venue for this year.

So either there is an announcement coming and Ticketmaster slipped the information out early or there was simply a glitch somewhere and bad information went public. We've reached out to the vendor and will update with more information as we get it.