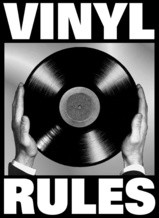 It's not often that the world of music sales numbers brings us good news these days, so savor this moment. In the U.S last year, overall music sales rose nearly 7% -- that includes albums, singles and downloads (both audio and music videos). Vinyl was up 71%, digital song sales were up 10% and the CD market stemmed the bleeding, dropping 6% for its best year since 2004. That was also the last time overall album sales rose in this country. Thank Adele, whose monstrous year helped in no small measure, but Top 40 didn't do all the heavy lifting -- no one's buying LMFAO on vinyl. Of course, percentages can be a bit deceiving.

The 10% rise in digital song sales put its tally at 1.27 billion -- an impressive number but not even close to enough to make up for the huge drop-off in physical album sales from the early aughts. And with streaming services like Spotify taking over so many people's music consumption habits, it's unlikely that digital downloads will experience much more growth in 2012.

But again, this is a moment to enjoy. Vinyl may still be a tiny corner of the music world, but it is a very healthy corner indeed.